The defense Ministry will pay for the artist

Satisfied with the first lawsuit in connection with the death of the Alexandrov ensemble in a plane crash. 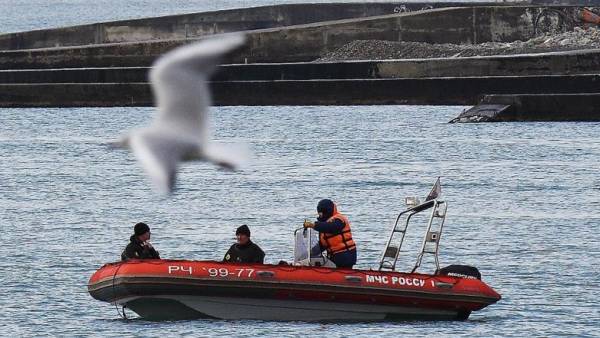 As it became known “Kommersant”, was the first lawsuit against the defense Ministry in connection with the accident in Sochi in 2016 EN route to Syria Tu-154. The plaintiff is the daughter of artist of the Academic song and dance ensemble of the Alexandrov Yuri Novokshanova demanded 500 thousand rubles from the ensemble to recognize the death of the artist a workplace accident, and the military, and in addition, expected to receive a monthly lifetime payment of $ 22 thousand rbl. the Court has estimated moral sufferings of the victim 150 thousand.

Yesterday the Kemerovo regional court considered the appeal of the Frets Shulgina (before marriage Novokshanova) the decision of the Central district court of Novokuznetsk, last summer failed her in the recovery of compensation. The court of first instance, in particular, considered that the claim should have been submitted to the Ministry of defense in General, and to the air force, who owned a source of danger in the form of a Tu-154.

“Lada Shulgin believes that the Alexandrov ensemble as an employer should be liable for damages in connection with the death of her father, who was the breadwinner, and the defense Ministry — as the owner of the aircraft,” — said the lawyer of the plaintiff Eugene Ilchenko.

The Prosecutor considered that the claims of Ms. Shulgina be satisfied, but not all. “In terms of compensation for moral damages from the Alexandrov ensemble to refuse: what happened is no fault of the employer. I believe that compensation should be recovered from the defence Ministry,” he said. The Prosecutor felt the requested amount is overstated, noting that the plaintiff lived with his father and they rarely communicated.

of the Disaster in Sochi will appreciate in London

“The Alexandrov ensemble is not a tortfeasor, from the point of view of labor protection the employer did not have any violations, — said his spokesman.— We — budgetary institution and very actively participated in the fate of the families of the victims. Lada Y. — the only one of all the relatives who told us the claim”.

Representatives of the Ministry of defense also disagreed with the requirements, putting the court that “the facts of causing of moral sufferings” MS Shulgina “not proven”. The defendants noted that Lada Shulgin is married and has a steady source of income: working as an operator of the apparatus for the production of plastic products, receiving 15 thousand a month.

The panel of judges of the Kemerovo regional court “taking into account the requirements of reasonableness and justice” the claim is satisfied partially, recovered from the RF Ministry of defense of 150 thousand rubles as compensation of moral harm in favor of the Lada Shulgina.

Member of the Board under the Chairman of the Federation Council on interaction with civil society institutions and the economy Cartago explained “Kommersant” that the recovery of moral damages from the owners of sources of increased danger — auto – and rail transportation — are common. “The crash is a unique situation because we have not every day ensembles of the Ministry of defense have been killed and not every aircraft belongs to the military,” explained Mr. Cartago. He added that, since the defendant is innocent directly (the investigation of the crash is still not finished), compensation in the amount of 150 thousand rbl.— the sum of the average. “As far as I know, such claims to the defense Ministry after the disaster in Sochi filed,” concluded the defender.