Residents of Eastern Ukraine had to leave the country after 180 days but can come back immediately. 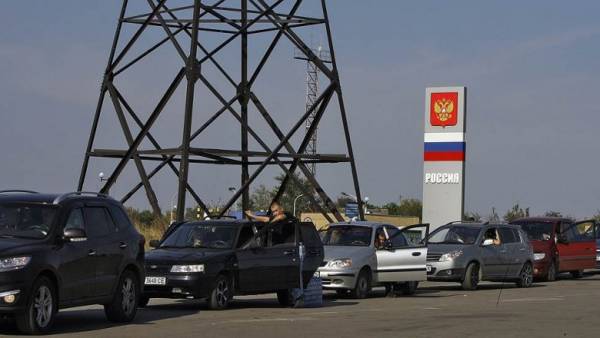 The Ministry of internal Affairs of Russia has explained how to apply the new rules of temporary stay in the country for residents of certain regions of Donetsk and Lugansk regions of Ukraine. Since the beginning of this year, Russia increased from 90 to 180 days the period of continuous stay in the country for this category of visitors. As explained “Kommersant” in the interior Ministry, the people of Donbass will have 180 days to leave the territory of Russia and then to call back.

The interior Ministry of Russia responded to the request to “Kommersant” about whether there is a mandatory period that the people of Donbass have to spend outside of Russia after living in the country continuously for 180 days. Recall from the beginning of 2019 in Russia changed the rules of temporary residence for the residents of Donetsk and Lugansk regions of Ukraine. The law is the clarification that we are talking about resident in some areas of Donbass. Prior to this, the residents of Donbass moved to Russia on the same terms as all other foreigners who do not require a visa: they had the right to stay in the country 90 days within each period of 180 days. Relying on article 5.1 of the Federal law № 115 “On legal status of foreign citizens in the Russian Federation” the government of Russia has allowed this category of immigrants to stay in the country 180 days without a break.