The defense Ministry will pay the conscripts increased wages

The defense Ministry has prepared a bill according to which from January 2019 conscripts will receive a monthly allowance in 2 thousand rubles. 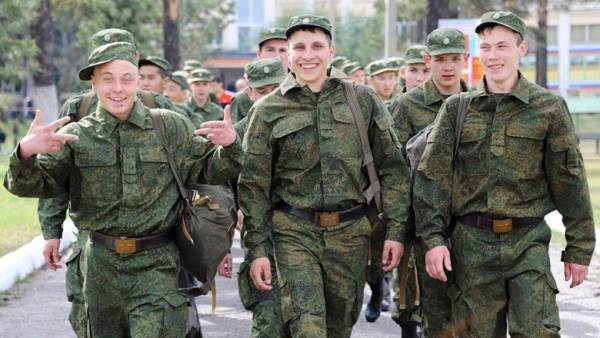 The office “Izvestia” confirmed that the draft amendments to the Federal law “On military pay and provide them with separate payments” has been coordinated with the Federal bodies of Executive power.

According to the document obtained by conscripts money will be indexed annually. Also, the soldiers expect special allowances — for example, skydiving, participation in diving operations and mine clearance.

The maximum amount that can be paid to conscripts, will eventually exceed 10 thousand rubles. Furthermore, before firing the soldier will be awarded three elevated “discharge” salary.