To travel to relax can only be made after six months. 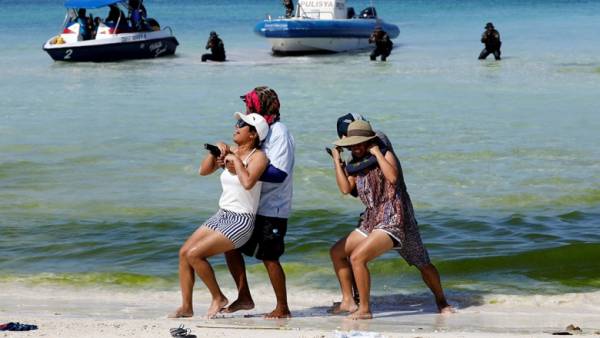 Boracay island from today closed for tourists due to environmental problems. To come to him with the purpose of stay will only be possible in six months. The decision of the President of the Philippines Rodrigo Duterte.

He called the island “a cesspool”. Duterte condemned hotels, restaurants and other businesses because they drained waste water directly into the sea, reports “Interfax”.

On a tiny island, popular because of its beautiful beaches, sea water pollution, and coastal area — debris and waste. For six months local service plan to improve the environmental state of Boracay. It is supposed to work on cleaning beaches of debris and algae, for the modernization of the sewage system, installation of mechanisms for the processing of solid waste, to search and destroy the illegal buildings, the construction and expansion of roads, as well as the rationalization of the transport system.

Workers in the tourism industry of Boracay island, including the masseurs, hairdressers, tattoo artists, sellers of souvenir shops and owners of rental boats, appealed to the authorities of the country to support them, because without tourists they “lose livelihood”. The authorities have decided to allocate to local workers in the tourism industry 38.4 million dollars in aid after the closure of the island for tourists.

Last year, Boracay island was visited by almost 2 million visitors, tourism revenue exceeded one billion dollars. The white Sands of its beaches are considered among the most beautiful on the planet. In 2017, the users of the portal about tourism TripAdvisor has put the island on the first place in the ranking of the best beach destinations.