MOSCOW, 25 APR — RIA Novosti. Russian President Vladimir Putin announced the second set in the program of development of administrative talent pool of the Higher school of public administration at Ranepa, the Russian Federation. 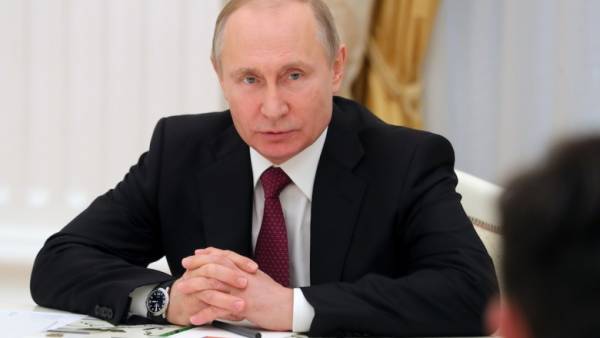 Putin congratulated the first edition of the program with the completion of the refresher course managers. He recalled that among the graduates of the first set of seven persons already appointed as acting governors of large regions.

“We will continue to work, and in June will be carried out a second set. I would really like to not only seven people were appointed (the acting Governor — ed.) and started to work, but all you would have found yourself in the profession, in a career,” he said.

I hope that the time you spent to school, the gift is not passed, this will all be addressed to solve the most important problems facing the country.Mr Putinprime of the Russian Federation

According to the President, Russia needs modern thinking professionals, able to formulate goals and achieving them, in all spheres — industrial, educational, medical, management and other fields. Putin noted the opportunities and great potential of graduates of the course. “You, that is all ahead”, he said and wished further success.

One of the graduates, speaking the response word during the meeting, said that the team they have chosen is such that women can “a galloping horse to stop”, and men not inferior to them, being in “full combat readiness”.