From Aman Tuleyev, who had resigned from the post of Governor of Kemerovo region after a tragic fire in TTS “the Winter cherry”, had three successors from Kuzbass, and with the current acting Governor Sergey Tsivileva he doesn’t even know. This is Tuleyev has told today to deputies of the regional Council of the Kemerovo region, reported the website of the regional Parliament. 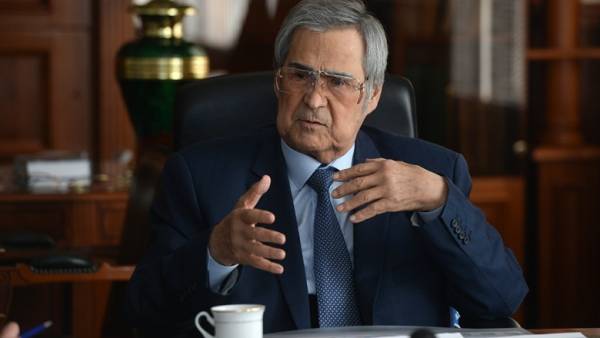 Tuleyev has resigned from the post of Governor of Kuzbas on April 1, but on 3 April he received the vacant mandate of the Deputy of a regional Council. After a week — 10 APR — Tuleyev was elected Chairman of the Kemerovo regional Council. Post in the regional Council was guaranteed Tuleyev as compensation for the care of the governors, and the fire in the “Winter cherry” did not cancel those agreements, said a person close to the presidential administration.

The acting Governor was appointed Vice-Governor Sergey Tsivilev, who took the post in early March. On 5 April he met with President Vladimir Putin, who emphasized that Kuzbass need effective government, because he, according to government estimates, is only 73-e a place on the effectiveness of the leadership team. Extraordinary elections of the Governor will be held in September simultaneously with the elections to the regional Council.