In the US, told about Russian weapons of the “judgment day”

Equipped with a thermonuclear warhead underwater drones Russia is capable of destroying coastal cities, to cause a tsunami and make uninhabitable vast territory, writes Business Insider. 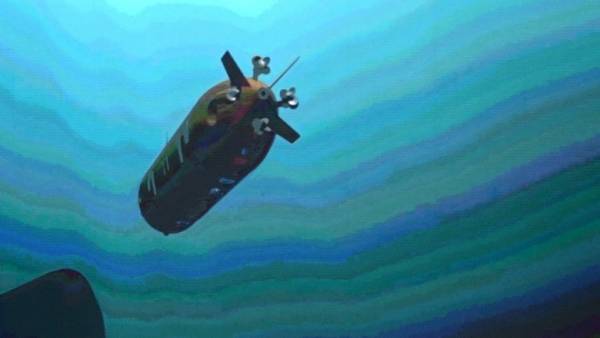 Talking about the complex “Status-6”, which, without mentioning names, said on March 1, Vladimir Putin sent a message to the Federal Assembly. A robotic mini-submarine (or a giant torpedo, whatever you like) is able to move at speeds up to 100 knots at a kilometer depth, and thus can not be detected, and even more so intercepted using existing equipment.

Speaking of the underwater drone, the Russian President mentioned his ability to reach other continents. According to experts at Business Insider, the visit of such a projectile to American shores with devastating consequences.

Undermining in the coastal waters of the charge power of 50 megatons will cause an earthquake and a 100-meter-high tsunami. Tens of tons raised by the explosion in the atmosphere of the sea water then spilled on the coast of the fallout.Rex Richardsonii, researcher nuclear erogenously

He noted that the most vulnerable in this sense, Los Angeles and San Diego due to the prevailing sea winds.

Carrier underwater drones should be modified nuclear submarines. We know of at least two Russian submarines adapted to operate the submersible: converted from a submarine “Belgorod” and built on Sevmash “Khabarovsk”. These submarines have a docking port in the bottom, why wear them it is impossible to see any pier or satellite.

At the end of 2017 was successfully tested a nuclear power plant for submarine robot. In the contest for a name for the new weapons, declared the defense Ministry deep-sea drone decided to call “Poseidon”.