Who pills for nothing? Why not have reimbursed drugs

The authorities intend to cancel the monetization of benefits for medicines and to change the current system of drug supply. 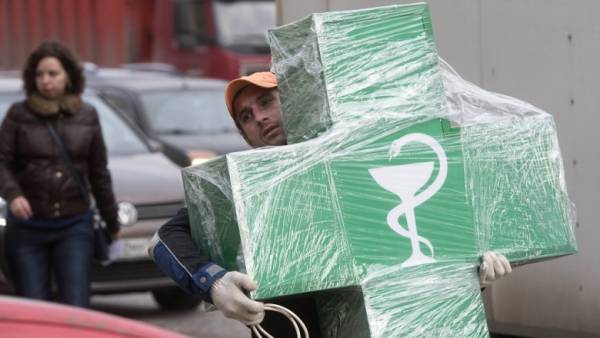 Problems with maintenance of exempts with medicines in many regions arise from year to year. 2018 is not an exception. And this despite the increase in funding for healthcare in 330 billion roubles (!). In the Kaliningrad region seriously ill children have received the medication only after their parents wrote a complaint to the Prosecutor.

It turned out that officials had not organized the purchase of medicines.

Checking into allegations of residents who are unable to obtain pharmaceuticals from diabetes, sued the Prosecutor’s office of Kurgan region. In the Irkutsk region, the local health Ministry from revealed facts of untimely distribution of medicine for beneficiaries: there is a real risk that patients will be without medication. Some prescribed medication with such a limited shelf life that people do not have time to use them. Complain of problems with getting reimbursed drugs citizens of Karelia, Pskov region. In Khakassia, the patients ceased to take soft prescriptions in some pharmacies so as not to spoil the statistics software.

And not all of the regional Ministry of health in principle, and openly acknowledge the problem.

According to some estimates, the financial provision for the sector does not reach even 50% of the actual need.

Today, the right to receive drugs free of charge or with a 50% discount for treatment in clinics are persons with disabilities, war veterans, children under 3 years and some other categories.

Recall that in 2005, the beneficiaries received the right to refuse free medicines in favour of money — now it is 828 per year. According to many experts, the introduction of such a system was a mistake.

Even then, in 2005, there were fears that many people would prefer the money to the drugs. Especially if the financial situation is difficult. And then it turned out that when one of them fell ill and were admitted to hospital, they still had to provide free medicines. It turns out that the state pays twice for one and the same?Sergei Kolesnikovojj wounds

“So now the experts say the introduction of drug insurance that drugs were purchased, not the limited categories of people, but everyone. It is clear that the offset will be a cheaper drug, which the Ministry of health recognizes appropriate. But if the patient wants to be treated to expensive branded original drug, it can pay the difference. So do many countries.”

“When 70-80% of people do not enjoy the benefits and take the money, the system does not remain means, — agrees the head of the National Agency for patient safety Alexey Starchenko. And those who need expensive drugs are not getting them. Do not understand how to count the amount of compensation, why 828 rubles? First the state of the patient tempts, saying, take with 3 br, but right. Man solves the immediate financial problem, and suddenly something happens with your health? It is necessary to hospitalize, to prescribe these medications (in hospitals they are free) that he could get preferential. The state has even greater costs. And high-ranking officials and deputies for many years been saying that we need to change the order and introduce a system based on the principle of solidarity. What is it? If the beneficiary does not need medication, don’t take the money, and leaves them to those whom medication is necessary.”

Take away and divide?

“According to experts, 10% of disabled persons received a disability to have free medicine, — the President of League of defenders of patients Alexander Saversky. — It turns out that 1.5 million people the government pays a disability pension — which is about 150 billion annually — just because they were not given medicine.”

How much do you need money to provide the drugs to all who need it?

“The total market for drugs now estimated at 1.3 trillion rubles, — says Alexander Saversky. — Of these, 200 billion the government buys drugs for beneficiaries in hospitals. To provide free patients clinics with medicines from the list vital, required, according to rough estimates, Ministry of health, another 350 billion rubles.”

So, to get free prescriptions for the insurance, as patients in the West, we will have to pay more taxes, in particular contributions for compulsory medical insurance?

“Under current law, drugs are already included in the standard treatment, moreover, the tariff structure of OMS, — Saversky continues. — And the law does not divides them into inpatient and outpatient in this part. So, it is not necessary to get into the pocket of taxpayers. You just need to follow the law.”

Deputies estimated that today those who monetized benefit of medicines, is paid 80 billion rubles. On medicines these patients spend about 10 billion Out of 70 billion roubles is misuse of funds? But how can you blame a pensioner or disabled, these 800 rubles he spent on the extra loaf of bread and a bottle of milk, paid for utility services?

To lure the money easily. And then away-how difficult! Everyone expects to be able something you need to buy. And to deny this right to the officer or legislator is afraid, thinking, and suddenly I was then not elected?Alex Starchenkove the National Agency for patient safety

The proposed ban of monetization of newly emerging beneficiaries. As to whether or not to switch from drugs to money to those who previously decided to avail of this benefit.

When the drug insurance system is working, would not like now with the beneficiaries: he comes to the pharmacy with the prescription, and no medication? “What to do? To the Prosecutor to go!” — Alexander Saversky.