According to antónio Guterres, while in SB there are fundamental differences, resolve the situation around Syria is impossible. 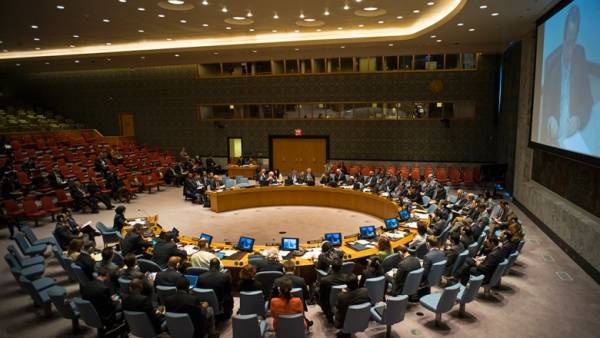 STOCKHOLM, April 23. /TASS/. UN Secretary-General, antónio Guterres, believes that currently the world is again in a state of cold war. He stated this on Sunday in an interview to television channel SVT.

“One thing is clear that the cold war is back. But there is a difference between what was before and the situation now,” said Mr. Guterres.

Now the United States and Russia are not in control of all, as it was then. Many countries are very active in the (middle East) region: Turkey, Iran, Saudi Arabia and others. No two uniform controlled units.Antonio Guterres, the UN Secretary-General

“During the previous cold war there was a function for the dialog, control and communications, to ensure that when there is a risk of confrontation, events will spiral out of control. So, no more of those mechanisms,” he added.

According to Guterres, while in the UN security Council, there are fundamental differences, to resolve the situation around Syria is impossible. “In Syria there are a few different armies, all kinds of militias, fighters from all over the world face different interests, there is a cold war, there is a conflict between Sunnis and Shiites, there are other differences between the various parts of the region, he says. — Obviously it is naive to believe that the UN can magically solve all these problems, especially when the Security Council is so fragmented”.

We have a structural problem in the collection: it represents the world as it looked after world war II, SAT is not the world today.Antonio Guterres, the UN Secretary-General

“The veto was a tool that is used too often. There is debate about reforms to the SAT more relevant to today’s world. As I have repeatedly said, without reform of the Security Council is full of UN reform”, says the Secretary General.

April 21-22 Bacarra place in the southern province of skåne hosted the informal meeting of the security Council. Arrived at her at the invitation of the Swedish members of the UN security Council, according to the program, discussed the peacekeeping operations of the organization, as well as the situation in Syria. “We had a very constructive discussion and we made some promising decisions. We decided to work together to try to get out of the dramatic impasse in which we were on the question of responsibility for the chemical attack in Syria,” — said Guterres.