The schools are closed, language is forgotten. From Turkmenistan leaving the last Russian

MOSCOW, 22 APR — RIA Novosti. Post-Soviet Turkmenistan, which is experiencing a severe economic crisis, leaving the last representatives of the Russian community. According to the census of 2012, Russian citizens accounted for five percent of the population. Since then the situation has only worsened. 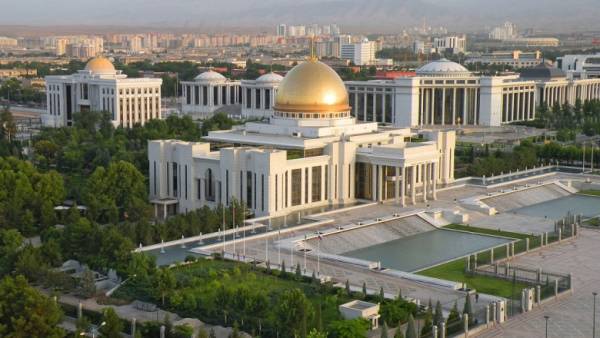 As reported RIA Novosti a source in the Republic today, Russian speech can be heard only in the capital — Ashgabat, Russian schools are closed-all except one. Career in governmental bodies for people of non-titular nationalities is extremely difficult. About how to live post-Soviet Turkmenistan — in the material RIA Novosti.

The ruins of the Empire in the Sands of Central Asia

Vladimir (name changed) doesn’t want to leave: in Turkmenistan, he has his own business in the field of road transport. “In the state I have people of different nationalities, the main thing — to be a specialist. Work, engaged in the production, bring up children and grandchildren live together,” says the entrepreneur. However, his tone changed significantly when it comes about the situation in the country.

“Today Russian in Turkmenistan is considerably less than in 2012, when it conducted a census. Many have left and continue to leave — mainly in Russia. At the same time, many of those who have no opportunity to emigrate. If the person is not indigenous in the government Department at work do not get. So networkmenu focused in private business,” he says.

Turkmenistan becomes a part of the Muslim world, forgetting the Russian and Soviet past. Signs across the country — only in the local language and English, the Soviet system of education is lost, and with it — and massive bilingualism.

“Already a whole generation that does not speak Russian. There are still some cities in middle schools, where classes with instruction in Russian. But many educational institutions were liquidated simply, and quietly, in the 1990-ies. Just took the team not to score in first class Russian. And in 10 years the school became the national”, — said Vladimir.

“In Turkmenistan haven’t really left the schools with Russian as the language of instruction. There is one in Ashgabat, but she’s an elite, get there is extremely difficult,” confirmed the words of Vladimir in an interview with RIA Novosti, an independent journalist from Turkmenistan Ruslan Myatiev, in opposition to the government.

The sources of RIA Novosti news Agency of Turkmenistan noted that the decline of the Russian language in the Republic was marked by the beginning of zero years. Even then, the markets did not understand buyers who do not speak Turkmen. Meanwhile, the authorities introduced a visa regime with Russia, reducing intercultural contacts. Turkmenistan turned into the closed state in the post-Soviet space. Its citizens did not participate in the mass labor migration from Central Asia to Russia in the zero and tenth years.

Of Russia in the Republic is known mainly thanks to the students of the universities of the CIS and Russian TV programs are popular. Sometimes this leads to misunderstandings. The image of Russia in the perception of the Turkmen distorted.

“Turkmenistan is very fond of Russian crime series. And looking at them, you start to think that you have a difficult situation, crimes, fires,” — told RIA Novosti Murat (name changed), a citizen of Turkmenistan, who moved to Russia.

However, much of television promotes a positive image of the country.