LONDON, April 22. /TASS/. Menu of the first dinner served on Board the “Titanic” went on Saturday with the hammer in the UK over 100 thousand pounds ($140 million). Trading, as reported by broadcasting Corporation bi-Bi-si, conducted the auction house Henry Aldridge & Son in the city Devizes in Wiltshire. 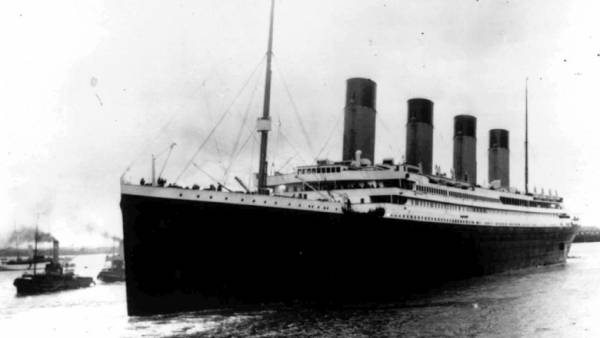 Menu from aboard the ship took the second officer of the Titanic Charles Listholder. On a sheet of paper described dishes that were served by the technical composition of the ship during the first day of sea trials on 2 April 1912. On Board the largest and most modern ship in the world that day for a snack were offered beef broth or chicken soup, fried chicken, lamb or ham with spinach as a main dish, peas, cauliflower and boiled potatoes as a side dish, pudding, Royal pears and cakes for dessert and coffee.

Before the ship departed on April 10 from British Southampton to new York, Leitherer handed the menu to his wife. He became the most senior officer, who survived the crash, and died only in 1952.

“This is one of the rare existing menu,” he said before the auction the auctioneer Alan Aldridge. The lot was acquired by the British collector, who is not named. Another participant from Texas bought for ?78 thousand pounds ($110 million) the key to the navigation wheelhouse court, and the plate of the deceased steward Thomas Mullen went under the hammer for ?57 million ($80 million).