In her opinion, warlike issedona, forcing the Scythians in the black sea, lived East of the Ural river. 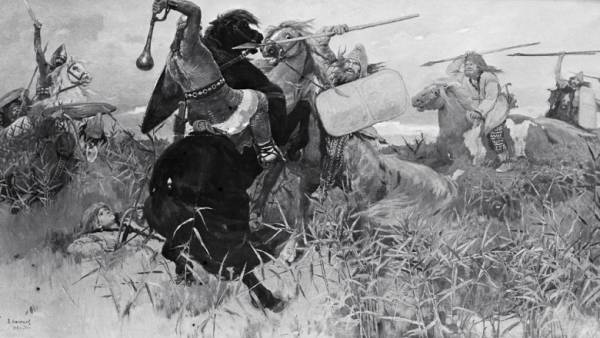 Anastasia Udodova from the Moscow state regional University on the basis of analysis of the ancient written sources and with the assistance of archaeological data, determined the area of residence of the ancient Iranian-speaking tribe issedonov (later Usuns). It issedona, their military incursions, forced to migrate Scythians, who eventually invaded the black sea, where he founded a large state.

The issue of habitat issedonians has a significant impact on the history of Scythia.

The corresponding article was published in the “Bulletin of Moscow state regional University. Series: History and political science.”

The researcher in trying to find the original habitat of issedonians refers to the information about the other ancient irenaissance people — Massagets. According to Herodotus, they lived beyond the river Araks, to the East of the Caspian sea. The author believes that Arax Herodotus is now dry riverbed of the modern Amu Darya. Three thousand years ago the Amu-Darya river was deeper, and one of the riverbeds flowing into the Caspian sea (now there is a dry riverbed Uzboy). Among the reasons why a scientist believes Arax the Uzboy — the mention by Herodotus of what the locals wore seal skins. Indeed, the Caspian seals are found only in lowland rivers, connecting to the Caspian sea (today in the lower reaches of the Volga). In other rivers of Eurasia, the seals do not occur.

On the basis of such identification of the Aras, the academic believes that the Massagetae lived in Central Asia North of the Amu Darya (Herodotus mentions that Cyrus the Great to invade the land of Massagets moved from the southern to the Northern Bank of the Arax). Since it is known that issedones lived the Massagetae, and that and those and others fought with the Scythians, the author places them to the North of the Massagetae, from East of the Volga river and the Ural river further to the East, on the border of steppe and forest-steppe zone.

This binding area is habitat issedonians to the beginning of the great Scythian movement in the West, should adjustment by the researcher of historical and geographical details of the places of origin of the Scythians themselves. If issedona lived in the it area, based on the sequence of events in Herodotus, first the Scythians were to live to the North of the Uzboy in the region of the Aral sea (the Aral sea — an ancient, now dried-up lake in Central Asia).

Scythian-massalska war in the tenth century BC (according to Herodotus) drove the Scythians from their first homeland to the North. Then they settled in the areas East of the Volga and the Urals, but in the IX century BC, they were forced to migrate from there because of the war with the issedonians.