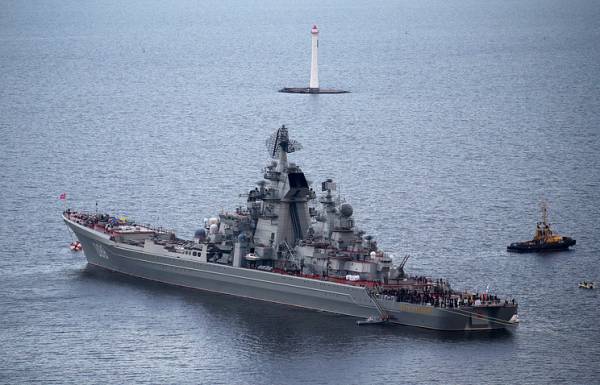 MURMANSK, April 21. /TASS/. Solemn raising of the flag and flags colorization in honor of the 20th anniversary of the heavy nuclear missile cruiser (TARKR) “Peter the Great” took place on Saturday on this ship which is the flagship of the Northern fleet. This was reported by the press service of the fleet.