The best and worst passports in the world

The end of the hegemony of Germany and the uncertain future of Russia. 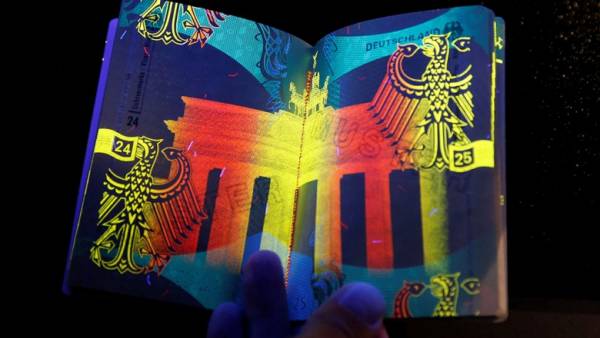 For five years the German passport was without doubt the best in the world thanks to the advantages it gives to the owner. But by the end of 2017 on the first line of the rating citizenships, which annually is the consulting company Henley & Partners together with Professor Vladimir Kochenower, were not Germany, and France. That put an end to German hegemony, what advantages came from the French citizenship and what the future holds for holders of Russian passports were found””.

It nationalities, not countries, since the possibilities of man affect not only living conditions in the country where he was born, but the availability to move to other States.

This year, the drafters of the rating are analyzed 209 nationalities.

The index of the quality of citizenships in the world

, the Methodology of the index

The rankings are the authors of the Index of the nationalities of the world QNI decided to use the most objective indicators for assessing nationality in the world. Are taken into account seven factors that can be divided into internal and external. The first group includes the scale of the state economy, the level of basic human development and the level of public order and stability. Second — the number of available countries for living and tourism, as well as their level of development.

Each of the above criteria was evaluated on the basis of third party data and indexes. So, internal factors were calculated based on the GDP of countries according to the world Bank, the human development index (based on the human development Index of the UN) and the global peace Index, compiled by the Institute for Economics and peace. And to understand which countries may be visited by a holder of a passport, the QNI authors drew on their own index of visa restrictions and the database of the International air transport Association.

The rating included the citizenship of almost all member countries of the UN, plus Kosovo, the State of Palestine, Chinese Taipei (Taiwan), Hong Kong and Macau.

In addition, the index was included non-citizens of Latvia, Lesse passe Israel, EU citizenship and all legal status provided by the UK. For the first time in QNI appeared Palau, Marshall Islands, Micronesia, Samoa, Tonga, Tuvalu, Vanuatu, Kiribati, Solomon Islands, Fiji, Nauru, North Korea, South Sudan and Somalia. In addition, the authors QNI was studied citizenship partially recognized territories of Abkhazia, Sahrawi Arab Democratic Republic (so he calls himself the unrecognized government of Western Sahara), South Ossetia, Nagorno-Karabakh Republic, the Pridnestrovian Moldavian Republic and the Turkish Republic of Northern Cyprus, which have not been ranked due to the lack of sufficient information on them.

The best passport in the world

At the top of the rating of Henley & Partners are traditionally representatives of the EU. The dominant position of these countries is based on the freedom of movement attributed to their citizens. Moreover, most of them very high quality of life and economic development, the right to membership in the European Union is available on a number of criteria, without compliance of which to be within the common European economic area or Schengen area is simply impossible. Ten leaders of rating looks at the end of 2017 as follows:

In the top of the rankings has been a major change: for the first time in six years that have been analyzed by experts H&P, the best citizenship of the world, was recognized as German. The permanent leader at the end of 2017, pushed France managed to beat Germany by 0.1%. Of all seven indicators of the French citizenship was ranked first in only two — the quantity and quality of countries available for visa-free residence and employment.

As for the countries available to visit, but a French passport allows visa-free entry to 173 countries and territories. And it’s not the best indicator in the world.Sebastian Plato, a Professor at the University of Bordeaux:

Overall first place French citizenship was granted to the French overseas territories. Many of them — a legacy of France’s colonial Empire, they are not part of the European territory, and therefore the EU laws do not apply to them in full. Therefore, EU citizens are not free to enter and live in these French territories and French citizens get due to this advantage of freedom of movement and resettlement.

Leads in the number of countries available for visa-free visits, the passport of Germany — he has such 176. However, it is the only indicator on which it ranks first. Despite the fact that the country has very high living standards, Germany is not among the top 3 on any internal indicator. And provided by freedom of the resettlement passport of Germany and not far behind most European countries. Because of this increased German citizenship and lost their first spot.

How to explain the relatively weak results in Germany for the freedom of resettlement in comparison with other European countries? One explanation may be the reciprocity principle. Usually countries are more willing to agree to provide the citizens of another state the right to indefinite residence if it agrees to the reciprocal granting the same rights. And Germany has always been adamant tuned to the reception of migrants. German politicians have traditionally defined the country as “non-immigrant”, and it took Germany 20 years to the adoption of a rule that allowed former visitors work not to return home.