Russia will cease to provide NATO aircraft An-124 “Ruslan”, told the media

MOSCOW, 18 Jul — RIA Novosti. The Russian cargo airline “Volga-Dnepr” to the end of the year will cease to provide NATO cargo planes An-124, according to French publication Challenges, citing its sources. 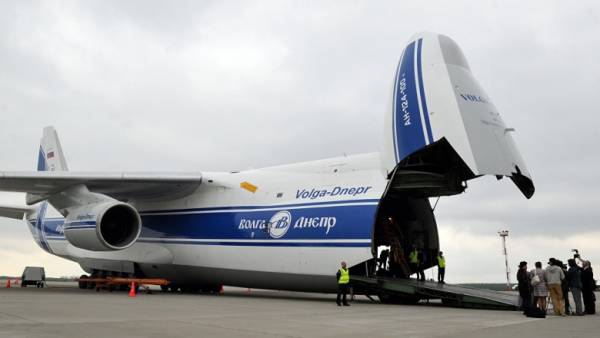 We are talking about the SALIS project (Strategic Airlift International Solution), in which in 2006 a joint venture was created by Ukrainian “Antonov Airlines” and the Russian “Volga-Dnepr”. Only large oversized cargo Alliance transporting 17 “Ruslanov”.

According to the newspaper, the Russian side has taken this decision in response to the strengthening of the U.S. sanctions.

The article emphasizes that the decision of the company “Volga-Dnepr” will be a severe blow to the French army, as it remains dependent on freighters in the transportation of helicopters and tanks, despite the presence of the Airbus A400M.

An-124−100 “Ruslan” — the most lifting aircraft in the world. Ruslan was designed in the first half of 1980-ies in the Antonov design Bureau in cooperation with leading Federal research institutes, enterprises, organizations of aviation industry and ministries. On its creation worked the entire Soviet Union.

Read more
Medvedev: we must not allow to correct the shoots of our economy have come under sanctions