MOSCOW, April 17 — RIA Novosti. Firefighters arrived to a burning TC “Winter cherry” as quickly as possible, and began to extinguish the fire in 7 minutes after a call to emergency services, said the acting Director of readiness of forces and special fire protection of EMERCOM of Russia Maxim Maksimenko at a press conference devoted to the work of firefighters during the tragedy in Kemerovo. 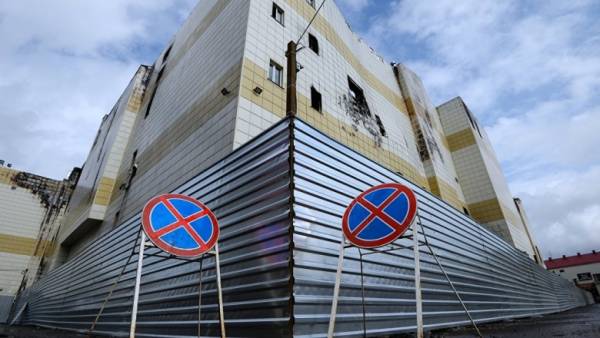 “We have the information about how the fire came to our unit. Call system 112 received in 16.03. Within less than a minute, 16.04, he was transferred to the MES, within a minute were sent forces and means of fire garrison of the city of Kemerovo at a premium, the second room of the fire, all the cars were sent out, and they left. After 5 minutes, the unit came to the Mall. The first calculation came out and went to investigate. Already in 16.10, 11 minutes after the start of ignition, the fire had already worked in the Mall, equipped with everything necessary and in gas masks. The testimony of the witnesses and the security cameras confirmed this,” said Maximenko.

Fire in four-storey shopping centre, “Winter cherry” in Kemerovo took place on 25 March, killing 64 people, including 41 children. In the main, failed to get out of those who were at the cinemas. The number of victims of the Kemerovo fire — one of the four largest for 100 years.

In the case arrested eight people: the management of the shopping center “Winter cherry” Hope Sedenak, technical Director of the company-owner of the shopping center (OAO “kemerovskijj konditerskijj Kombinat”) Georgy Sobolev, the head supports a system of fire safety TC “System integrator” Igor Polozenko, an employee of the same company responsible for the installation and serviceability of the fire alarm Alexander Nikitin, an employee of the chop Sergei Antoshin, which, as believes a consequence, has not included a system of fire alarm, the CEO of the company-the owner of the building Yulia Bogdanova, the former head of the Inspectorate of construction supervision of the Kemerovo region Tensile constitutional forum and the chief fire link Sergei Genin.