Steinmeier: the West should not call Russia an enemy

BERLIN, April 15. /TASS/. The President of Germany Frank-Walter Steinmeier called for care to avoid alienation between Westerners and Russians on the background of aggravation of the international situation. 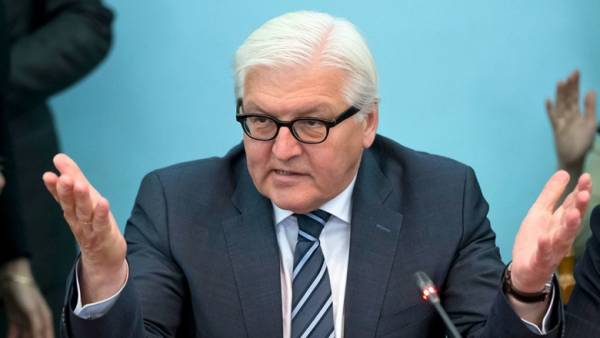 “We don’t have Russia as a whole country and its people, to declare enemies”, — said the head of the German state in a Sunday interview with the newspaper Bild am Sonntag.

Steinmeier said that the incident in Salisbury is a concern. “But equally we should be concerned about the rapidly growing alienation between Russia and the West, with consequences that go beyond this incident”, — he stressed.

“To oppose this dangerous alienation — that is the challenge and task of responsible politicians”, — stated the President of Germany. In his view, Europe should not shy away from criticism of Russia’s actions. “But we don’t have to keep trying to do this through direct dialogue,” — said Steinmeier.