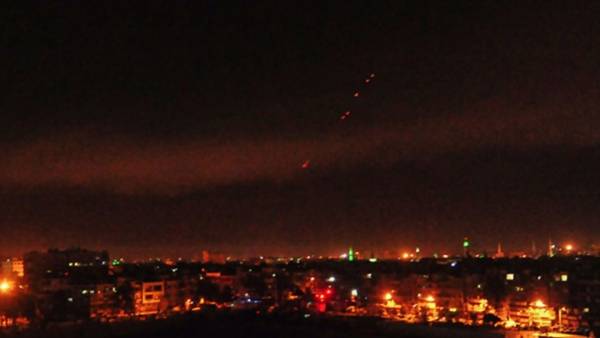 “The tripartite aggression is a flagrant violation of international laws,” it says.

As reported by Syrian state TV, the Western media greatly exaggerate the results plotted in the Syria strikes. It led an appeal of the Ministry of information of the country, which in this regard, urged citizens “not to pay attention to any media reports”.

The Syrian authorities claim that the US, UK and France produced in their country about 30 rockets, reported on Saturday by the Western media, citing unnamed representatives of Damascus. According to authorities, a third of these missiles managed to shoot down. Currently, assessment of damage caused by fire.

The Syrian army has air defense systems Soviet and Russian-made S-200, Buk and others. In 2011, it was reported that Syria has bought from Russia 36 anti-aircraft missile and gun complexes “Carapace-C1”.