Sechin came to the court in the case of speaker

The Prosecutor asked to question the head of “Rosneft” in the closed mode. 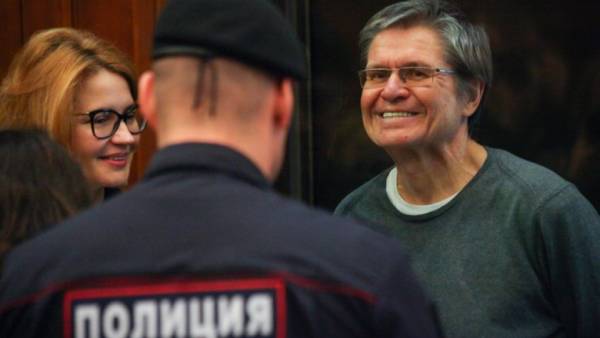 Moscow. April 12. INTERFAX.RU — the Head of “Rosneft” Igor Sechin came to the meeting of the Moscow city court, which considered the appeal on a sentence eks-to the Minister of economic development Alexei Ulyukayev.

As expected, Sechin will testify in the case. The Prosecutor asked the court to interrogate him behind closed doors.

Earlier, the prosecution did not rule out calling the head of “Rosneft” at the appeal hearing on the complaint of lawyers on the sentence to former Minister of economic development. While the trial itself Sechin was not, although he directed the summons several times.

The Zamoskvoretsky court of Moscow in December last year, Ulyukayev sentenced to 8 years in a strict regime colony and a fine of 130 million rubles. Attorneys and the speaker himself did not hide surprise and was very upset heard the verdict. They believe the sentence is unfair and intend to appeal.