As it became known””, in the Zamoskvoretsky district court of Moscow began the trial of an organized crime group led by former shadow owner of Antalbank Magomed Achievem. According to investigators, the citizens who have invested their money in nine controlled credit institutions, was stolen more than 37 billion rubles In the dock are eight people, six of them — the merchants, on account of firms which have withdrawn money from banks. 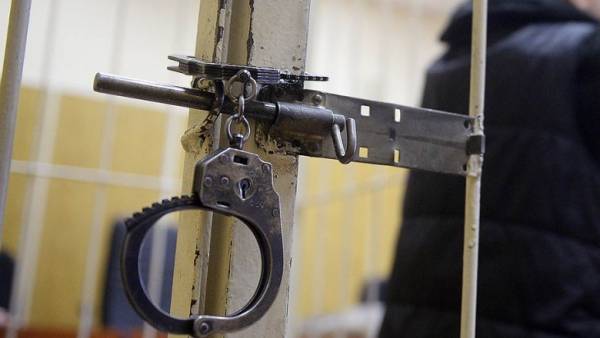 Yesterday in Zamoskvoretsky regional court, two representatives of the Prosecutor’s office announced the indictment. From this it follows that the investigation of this criminal case began in December of 2015. After contacting law enforcement representatives of the Central Bank, reported the massive theft of depositors ‘ funds, the interior Ministry opened a criminal case under part 4 of article 159 of the criminal code (fraud in especially large size), which was subsequently transferred to the TFR. In total under suspicion were nine credit institutions: Antalbank, “Lada-Credit”, Doris Bank, Grinfildbank, the Bank Sodruzhestvo, Mezhregionsbyt, Regional savings Bank, NBT Bank and Bank “Maximum” (the license withdrawn in September-November 2015).

As it turned out, all the banks formally were not related to each other, but “served the interests of the same persons”, and some had common owners and managing staff.

Under the version of GSU SKR across Moscow, at the head of a criminal Association were co-owners of Antalbank Magomed Mechiev and Mikhail Yanchuk — accusation under item 210 of the criminal code they were charged in November 2016. The latter in absentia, as Mr. Yanchuk managed to escape abroad and were later declared internationally wanted. But Mr. Achieva in December 2015 the investigators Guebipk literally removed from the gangway of a private jet that took off from Vnukovo-3 in Vienna. He was then arrested and accountant Antalbank Irina Ivanova.

The embezzlement scheme, which was used by hackers in the period from 2014 to 2015, according to the GSM TFR, was very simple. Every Bank has attracted depositors ‘ funds at interest rates much higher than the market: Grinfildbank under 13.8 percent, and “High” — at 14%, while the average rate at that time was less than 10%. After deposited the money under various pretexts transferred from one Bank to another in order to hide their origin, and then accumulated in Antalbank. From him, according to investigators, the funds were transferred to accounts controlled companies through the issuance of unsecured loans or were abducted under the guise of acquisitions of securities, “whose value has been artificially inflated”. At the time of revocation of the license, according to the investigation, only Antalbank disappeared more than 14.7 billion rubles., and in the final version by the accused was charged with theft of more than 37 billion rubles.