LONDON, April 9. /TASS/. Prince Harry and his bride Meghan Markle decided to refuse wedding gifts and asking everyone to spend the money on charity. About it reported in a statement Kensington Palace said Monday. 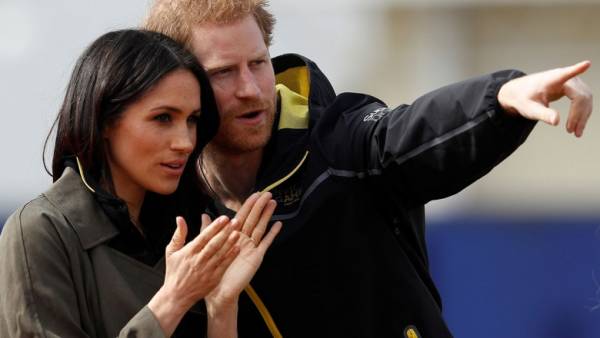 “Prince Harry and Miss Meghan Markle extremely grateful for the goodwill shown to them since announcing their engagement, and I want as many people as possible experienced the generosity, — said in a statement on the website of the Royal family. In this connection, steam asks everyone who wants to celebrate the holiday, to send a contribution to a charitable organization, and not to send a wedding gift”.

The statement also identifies seven foundations that Harry and Megan chose for this promotion. It is emphasized that none of them are “no official relations with these organizations.”

“The couple chose the funds involved in the problems with which they concerned themselves, including activities to improve the social climate, women’s empowerment, care for the coast and the environment, homelessness, HIV and the armed forces”, says Kensington Palace.

Wedding 33-year-old Prince Harry and a 36-year-old American actress and model Markle became known in November last year. The wedding will take place on 19 may at St George’s chapel at Windsor castle. At the ceremony attended by about 600 selected guests, including the Royal family and close friends. All in all, as expected, the Windsor, located 34 km West of London, this day will visit more than 100 thousand people.

However, the Prince and his future wife — not the first who made donations as a wedding gift. Earlier, the chief editor of The Crown and Country Magazine took the initiative to create a special digital currency Crown Royale in honour of the Royal festivities. According to his idea, half of the proceeds from the initial placement of the tokens (“ICO”, Initial coin offering) will be sent to charitable organizations, under the auspices of the grandson of Queen Elizabeth II and American actress. Another will go to the log The Crown and Country Magazine, in particular, for financing the publication of the issue, devoted to the wedding ceremony Harry and Megan.