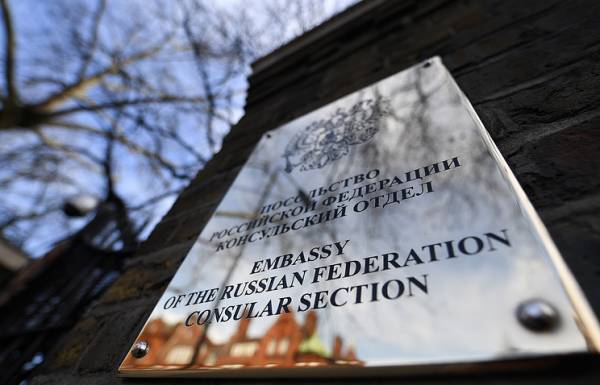 The Russian Embassy in London

LONDON, April 9. /TASS/. The Russian Embassy in London sent a request to the UK foreign office about giving the Russian side more detailed information about the interception of messages the day of the poisoning in the English city of Salisbury, the former GRU Colonel Sergei Skripal and his daughter Julia. This was the Russian diplomatic mission reported on Monday on Twitter after the publication of material on this subject in the Times newspaper.

“A wonderful story about the interception. We requested confirmation and additional details from the foreign office,” reads a tweet from the Embassy.