Medvedev joked on the subject of the rotation of the government

SLIDES, 9 APR — RIA Novosti. Prime Minister Dmitry Medvedev joked on the subject of the rotation of the Russian government. 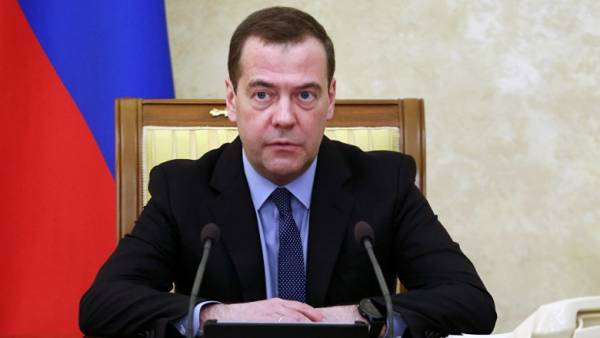 “Forgot who is hosting? There was a rotation,” joked Medvedev.

This hitch could be caused by the fact that on Monday in a meeting with the head of the government was attended by all Vice-premiers. In particular, there was no Vitaly Mutko.