Hungary came to the defense of Viktor Orban

The Prime Minister will remain for a fourth term. 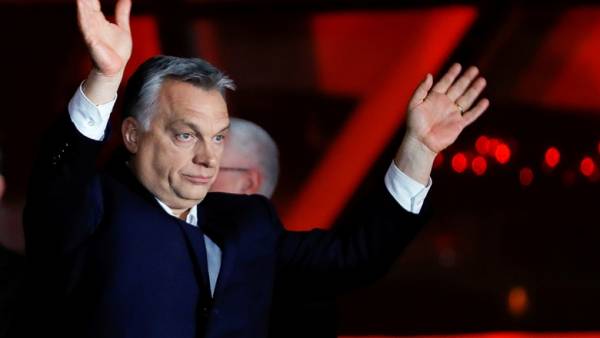 According to the results of the parliamentary elections in Hungary, the current Prime Minister Viktor Orban will remain at the head office. Moreover, his party can form a government without the help of other political forces: contrary to expectations of sociologists, the ruling Fidesz party could garner an absolute majority of votes. The leaders of several opposition parties have already announced their resignation.

The results of counting 95% of votes in first place on the last Sunday in parliamentary elections was taken right populist ruling party “fides”, advocating in coalition with the Christian democratic people’s party. Together they will be able to take 133 of the 199 mandates in the national Assembly. To vote at the polls on Sunday came more than 5.3 million (68%) citizens.