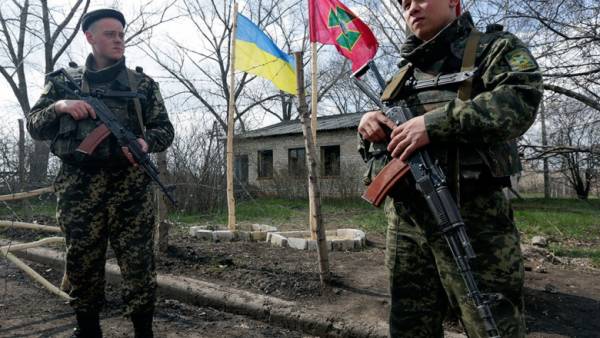 SIMFEROPOL, April 8. /TASS/. The Ukrainian side is guaranteed to cross the border to the Crimea for the sailors informed the arrested vessel “Nord”, told TASS on Sunday, a representative of the Kerch named after 1 may Anna shevelyova.

Earlier in Embassy of the Russian Federation said that followed by the cars with diplomatic plates the crew were not released from the country.

“The Ukrainian side guarantees the transfer to the Crimea via the Chongar issued by the Russian side, the team documents to ensure the transition is allocated a group of guards,” she said, noting that currently the crew is in Kharkov.

The state frontier service of Ukraine of March 25, detained in the Azov sea a ship under the Russian flag with a crew of 10 Russian citizens — residents of Kerch. The ship’s captain was charged with “violation of the order of entry in the temporarily occupied territory of Ukraine and departure from it with the purpose of causing harm to the interests of the state”, punishable by deprivation of liberty for a term up to five years and confiscation of the vehicle. Herson court on April 6 ruled to arrest him until may 31, with the possibility of bail, which, as emphasized by the representatives of the defense, was immediately made, but the captain was not released.

Simultaneously, the Primorsky district court in Mariupol has examined the case of the other crew members of “Nord” and appointed him an administrative penalty, the total amount of which amounted to about $1200. The crew was allowed to leave the ship, but on 10 April they were ordered to report to the Department of security Service of Ukraine to give testimony in a criminal case initiated against the captain of the seiner.