Also, the results of the ballistic examination of the defendants can be accused of illegal arms trafficking. 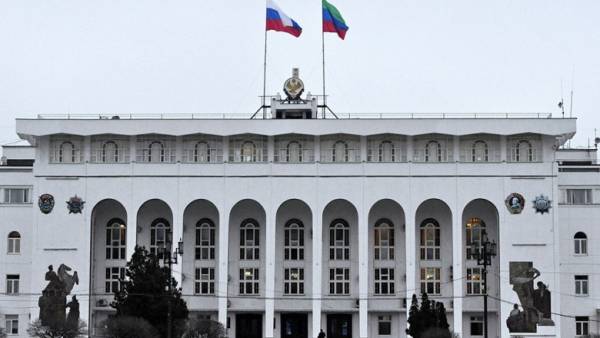 Moscow. 5 APR. INTERFAX.RU — Investigative Committee could extend the charge a number of defendants in the criminal case of former senior officials of Dagestan the article “murder” and “illicit arms trafficking”, reported “Interfax” on Thursday informed source.

“The criminal case about murder of the founder of the Dagestani newspaper “Chernovik” Hadzhimurad Kamalov in 2011 transferred currently to the Central office of the UK. Currently, investigators are checking one of the accused in the so-called Dagestan in the case of involvement in this murder”, — said the Agency interlocutor.

The source did not until the test is completed to clarify you are talking about.

Moreover, noted the Agency interlocutor, the prosecution likely will include an article 222 of the criminal code (illegal circulation of firearms, its basic parts and ammunition). “During the searches were seized lots of weapons: rifles, pistols, explosives, hunting weapons, cartridges. Now it all goes ballistics, sets the origin,” — said the source. He noted that investigators also check “criminal history” of weapons seized.

The former Prime Minister of Dagestan Abdusamad Hamidov, former Deputy Shamil Isaev and Rudin Yusufov and former Minister of education and science of Dagestan Sahabas Shahi was arrested in early February in Makhachkala during a large-scale law enforcement operations. They were taken to Moscow, where later, the court sanctioned the arrest of all the four detainees to the beginning of April.

Former officials charged with embezzlement of budget funds allocated for the social sector and the investment program of the region, resulting in the budget of Dagestan suffered damages in the amount of 107.8 million rubles. All of them charged with fraud committed by an organized group, in especially large size (part 4 of article 159 of the criminal code). Gamidova also is accused of excess of powers of office with causing of heavy consequences (a part of 3 articles 286 of the criminal code) with damage allegedly caused to the budget of Dagestan, in the amount of 1.3 billion rubles. None of the defendants admitted guilt.