Scientists have found 72 bright and quick flash in the sky

Astronomers recorded 72 very bright and quick flash in the sky, said the European week of astronomy and space Sciences. 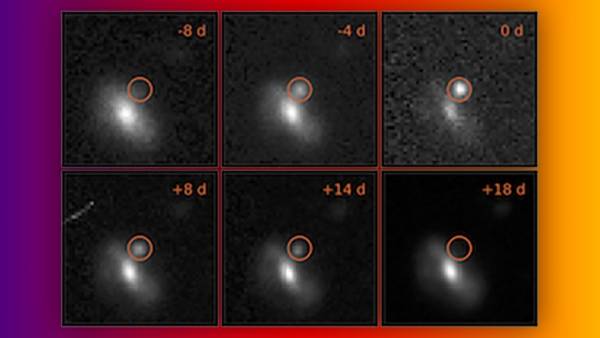 Was phenomena like supernova, but remained less visible than the scientists expected, so the researchers can’t clearly explain their nature.

The supernova occurs at the final stage of evolution of some stars. After the heavenly body has used up stocks of fuel in the core or exceeded critical mass, is a thermonuclear explosion or collapse, which is accompanied by the emission of large masses of matter from the outer shell into interstellar space. During a supernova the star dramatically increases its brightness with a subsequent relatively slow decay (but not in all cases). Studying the spectrum of the rest of the heavenly bodies gives information about what was the star-the progenitor of and what the processes.

Astronomers under the leadership of Mickey Pursiainen (Miika Pursiainen) from the University of Southampton has analyzed survey data Dark Energy Survey (DES). This is an international project that uses the camera of the Blanco telescope DECam inter-American Observatory Cerro-Tololo in Chile to search for galaxies, supernovae and large space structures. As a result, scientists have discovered 72 of the outbreak — the largest number to date. The researchers note that despite the fact that the brightness of the event corresponds to certain types of supernovae, they remain visible for less time than you would expect — from a week to a month.

The temperature of the substance during the outbreak, the researchers report, ranged from 10 to 30 thousand degrees. Subsequently, the gas is cooled and expanded, which is quite typical for supernovae. Scientists argue about the nature of the recorded events. According to their assumption, the stars could lose part of the shell before the explosion, and in some cases almost all, and then shock wave heated the surrounding matter. Astronomers say that in this case will be seen a hot cloud of gas, not the time of the flash, but to confirm this hypothesis we need much more data.

Similar short-term supernova was observed by another group of astronomers. Scientists came to the conclusion that the luminescence can indeed be caused by the passage of the shock wave from a supernova through the shell of previously ejected matter stars, the progenitor.