Putin announced the defeat of ISIS in Syria

Now it is important to understand the prospects of development of the situation in the middle East, said the President of the Russian Federation. 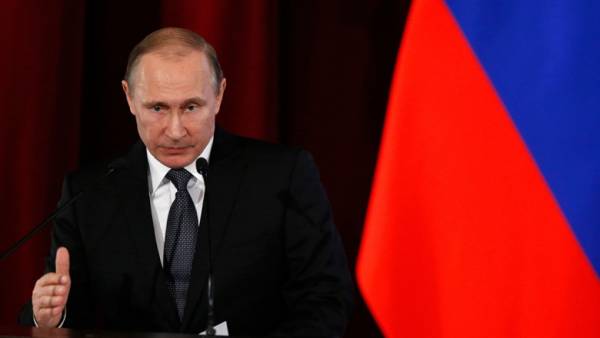 “This year our focus topic of importance to the entire international community: prospects for the development of the situation in the middle East after the defeat of ISIL in Syria,” Putin said in the greeting to participants of the Moscow conference on international security.

Greeting the head of state on Wednesday announced Secretary of the Russian security Council Nikolai Patrushev.

Meanwhile, Russian defense Minister Sergei Shoigu at the VII Moscow international conference on security said: “Liberated a large part of the territory of Syria from the terrorists, with the rest going to the detailed negotiations on the addition of weapons”.

According to Shoigu, thwarted the plans of education of pseudohalide.

“It is obvious that by combining our efforts with the coalition, the story of ISIS in the region have been able to finish much earlier and with fewer losses,” — said the head of the defense Ministry.

Read also: Shoigu announced negotiations with the Syrian fighters on the addition of weapons