In Mexico city showed the shield of the last Emperor of the Aztecs It was made from the skin of an ocelot. Ancient Aztec shield that belonged to the last Aztec Emperor, Montezuma II, was put on display in the Mexican National Museum of history. Luxury shield decorated with feathers and gold, was made from the skins of the ocelot is a major American predatory cat. This graceful ceremonial weapons used during the festivities, and not for protection in battle. In the world, only four have survived such shield. Shield Montezuma II was exhibited in Mexico cityDuring the download an error has occurred. Montezuma II was crowned in 1507 as the Emperor of the world. He stood at the head of the Triple Alliance, which in addition to the Aztec of Mexico city (Tenochtitlan) was part of the city of acolhua Texcoco and the tepanec city of Tlacopan. With the

END_OF_DOCUMENT_TOKEN_TO_BE_REPLACED

In the biological clock of a person found the main gear For the determination of age turned out to be only a single group of genes. For the past 5 years biological age is determined by “hours of methylation” — a method that considers the number of sites in the genome that were subjected to methylation. The longer an organism lives, the more such sites. Scientists from Massachusetts claim to have found the heart of this clockwork — a group of genes that works so actively that age can be accurately determined by her alone. NewsProducts, which make you age faster than others DNA methylation is the process of mounting on the double helix inactivating the labels of the methyl groups. The DNA is twisted and becomes unavailable to read the information. This process occurs gradually, and with age, more genes are found to be closed and cease to operate.

END_OF_DOCUMENT_TOKEN_TO_BE_REPLACED

Why in Siberia ships “freeze” from ice (video) Such work requires huge physical strength. With some delay in the Siberian town Zhatay came severe frosts. With them finally came time to “wynorski” ships. In Siberia to repair ships “freeze” from iceDuring the download an error has occurred. This is the old way to repair the ships: with chainsaws and axes workers free of ice underwater part of ships is about 20 cm and Then waiting for the water in the judgments would freeze, and release a new space. Then the bottom can be repaired. Such work requires great physical strength and endurance. The temperature at this time of year on the river Lena is lowered to minus 46 degrees. But for the season, workers can earn up to 400 thousand rubles. Chitayte also: Why the Chinese are buying up land in Siberia and the more they irritate the Russians Invented

END_OF_DOCUMENT_TOKEN_TO_BE_REPLACED

The British showed how to drink vodka in Russian In recent years the relations between the West and Russia are strained almost the same as during the cold war, and the growing lack of understanding and rejection of cultural sensitivity, according to the BBC. They chose “the most recognizable” in the world of Russian ritual and went to the immigrants from Russia, to more to study it. It is, of course, about the Russian vodka and traditional snacks to go with it. To dedicate the British in the features of Russian feast has agreed Natasha ward, half English, half Russian. She worked as a translator for the UN, Mikhail Gorbachev, Angelina Jolie and others. One thing you learn: do not try to keep up with the Russians when drinking vodka https://t.co/SXLrVVKgHv — Steve Smith (@spsmith1) 14 Feb 2019 “The study of why sniffing Russian bread, drank a glass of vodka,

END_OF_DOCUMENT_TOKEN_TO_BE_REPLACED

In Pompeii found Narcissa. He has no face Archaeologists found in the ancient Roman city of Pompeii perished due to the eruption of the volcano, a new artifact — the depiction of Narcissus, the hero of Greek mythology who fell in love with his own reflection. The Roman town of Pompeii was destroyed in 79 ad due to the eruption of the volcano mount Vesuvius. Lava and ashes covered the city and everyone in it was conserved Pompeii for centuries — so there is a unique archaeological monument, the excavation of which is still going on. Newsfound In Pompeii erotic fresco depicting Leda and the Swan Archaeologists have been working in the V area of the city, in one of the villas belonging to noble families. In November 2018 in the bedroom of this Villa already found a fresco depicting Leda and the Swan. It illustrated a story from ancient

END_OF_DOCUMENT_TOKEN_TO_BE_REPLACED

The tattoo artist showed the life cycle of a rose, making the tattoo 70 people (video) Amazing project. Tattoo artist the First Bercheni from Hungary on St. Valentine’s Day was invented and carried out an interesting project called “Little rose”. The entire life cycle of a flower (from the first germ to the decay) he depicted in separate drawings, and then transferred in the form of tattoos on the body 70 volunteers. View this post in Instagram Publication of BB (@balazsbercsenyi) 14 Feb 2019 5:34 PST During the download an error has occurred.The project was about 600 people, so the selection was tough. All tattoo Bercheni managed to do in one week. And on Valentine’s Day he gathered them into a small video, which happened the same life story of a single rose. View this post in Instagram Publication of BB (@balazsbercsenyi) February 14, 2019 at 5:17 PST During the

END_OF_DOCUMENT_TOKEN_TO_BE_REPLACED 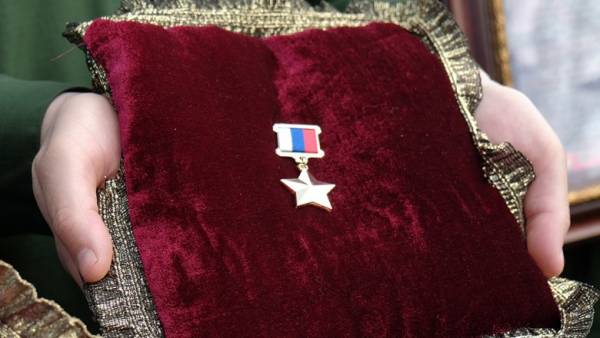