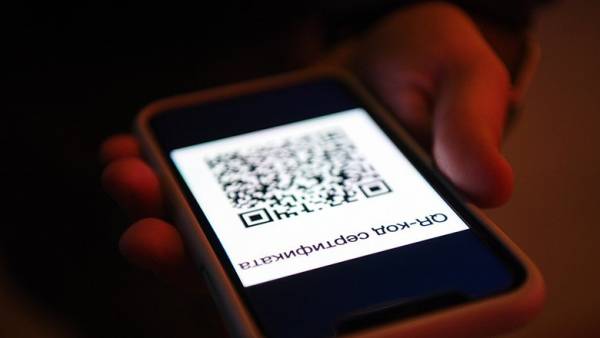 According to him, this decision was made after the report of Deputy Prime Minister Tatyana Golikova, who said that the government decided to postpone this bill due to changes in the epidemiological situation. “This is due to the fact that epidemiological circumstances have really changed, which was in turn provoked by a new wave, which is now actively beginning, — omicron wave, new characteristics of this strain, new dynamics of the spread of the disease and a new mode of the course of this disease in the majority of infected people. Therefore, this is the first and  second point (meaning  the adoption of bills on QR codes), of course, we will remove them, annul», — Peskov said. On January 15, the Kremlin published a list of instructions that indicated the need to finalize the draft law “On” the sanitary and epidemiological well-being of the population “; taking into account all possible life situations. Golikova previously noted that  the bill was

END_OF_DOCUMENT_TOKEN_TO_BE_REPLACED 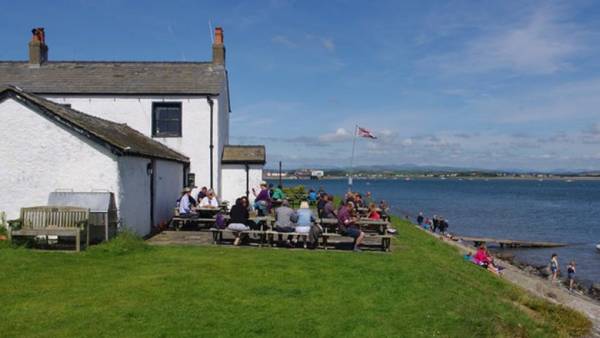 Those interested can apply for a 10-year contract to manage the Ship Inn pub and Peel Island, where there are also ruins of a 14th-century castle and a camping site. The winner of the contest is crowned by putting him on the throne and pouring alcohol on his head. They hope to find a new manager for the island located not far from the city of Barrow, which can only be reached by ferry, by the summer season. Among other advantages, he is promised a new toilet, and possibly renewable energy sources. The monarch will need to manage the island and maintain the pub, the surrounding area and the campsite, as well as monitor the toilet and shower. But he will not have to be responsible for the external repair of buildings and the pier. Activists have launched a petition to save the island south of the Furness Peninsula after

END_OF_DOCUMENT_TOKEN_TO_BE_REPLACED 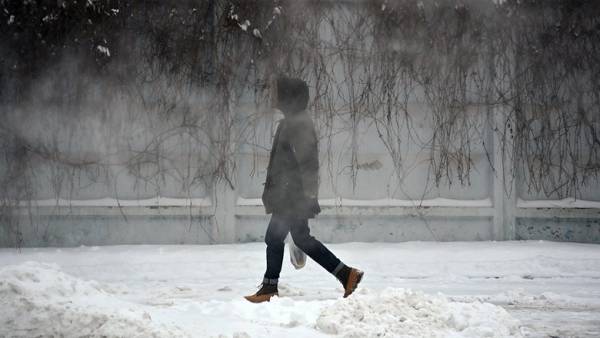 On January 17, the Cathedral of 70 Apostles will be held in the Orthodox Church, the Orthodox also honor the memory of the Monk Martyr Zosima. Among the people, Zosima the bee-keeper is considered the patron saint of beekeepers. They prayed to him for a good honey harvest in the new year. It was believed that if it snows on this day, the bees will swarm well. According to other signs, they tried to find out the weather for the coming days. A cloudless night sky with bright stars foreshadows a frosty day. A bright full moon foreshadows a flood in spring. Clouds are floating low – towards a cold snap. Scarlet dawn – for windy weather.

END_OF_DOCUMENT_TOKEN_TO_BE_REPLACED 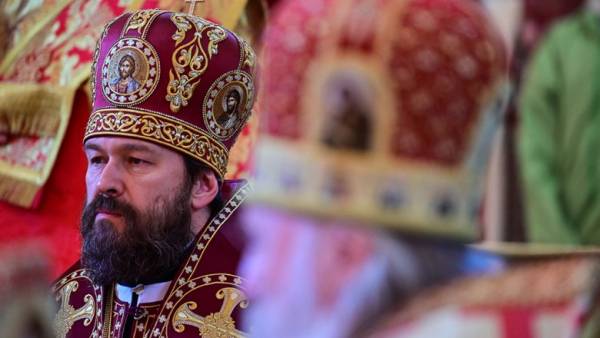 “The letter from the scammers is replete with lies, starting from the statement that “in connection with the riots, parishes were destroyed, including the Iversko — Seraphim Convent” (the spelling and syntax of the original are preserved — approx.), and ending with the very fact of such treatment, which did not take place in reality,” the message says. It is noted that the letters of the attackers are received by both residents of Russia and other countries. “These mailings and calls are fraudulent and have nothing to do with the activities of the DECR. We urge you to exercise reasonable caution and clarify the information in official sources,” the message emphasizes. Protests in Kazakhstan broke out on January 2 in the city of Zhanaozen, Mangistau region, due to an increase in the price per liter of liquefied gas from 60 to 120 tenge (about 21 rubles). Two days later, protesters

END_OF_DOCUMENT_TOKEN_TO_BE_REPLACED 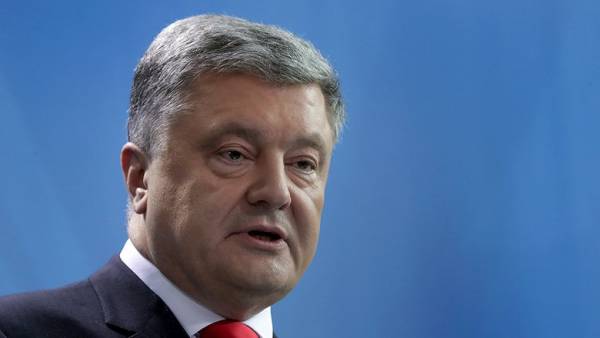 The ex-president was greeted at the airport by his supporters. There are a large number of police officers and representatives of the National Guard on the territory of the airport. In the parking lot in front of the terminal building has a stage where the footage of Poroshenko's past speeches is broadcast, and a rally is also taking place. A case of high treason was initiated against Poroshenko in Ukraine, on January 17, a meeting on the measure of restraint against the former president in this case is to be held in the Pechersky District Court of Kiev. According to the information of the Country website , when passing through passport control, Poroshenko was approached by investigators from the State Bureau of Investigation and handed over the summons. The day before, back in Warsaw, Poroshenko said that he would not be arrested upon his return to Ukraine, despite the criminal case. "Will detain me? I'm telling you no! Not because I'm so confident but I don see no

END_OF_DOCUMENT_TOKEN_TO_BE_REPLACED 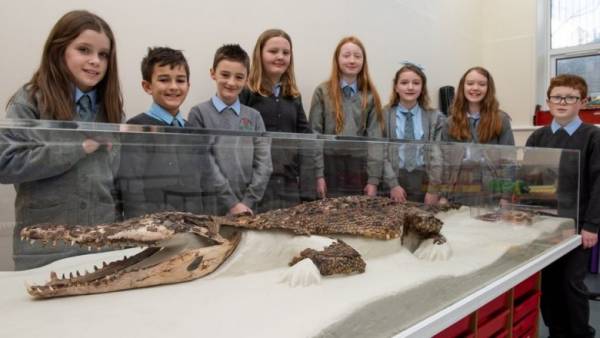 The reptile was discovered in 2019 during repairs, and about two years later, an unusual exhibit took pride of place at a school located in the Rhonta Cynon Taw area in south-east Wales. When the animal first appeared from under the parquet floor of one of the classrooms, there was no limit to the surprise of the builders and the administration. “I heard a story about how parents and teachers buried a crocodile somewhere under the school at the time between the two world Wars,” said the headmaster of the school Neil Pike at the time. — But I thought it was just a legend, so I didn’t pay much attention to it. Well, now there’s a crocodile lying on the floor in our lobby!”. There is no exact information about the origin of the crocodile. In the village they say that he was once brought from abroad by one

END_OF_DOCUMENT_TOKEN_TO_BE_REPLACED 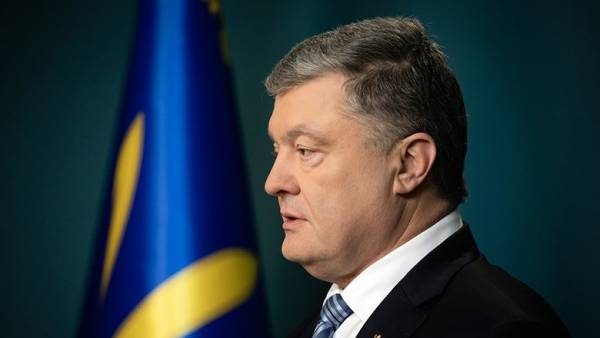 According to the portal, the plane with Poroshenko on board took off at 7:48 Kyiv time (8:00 am) 48 Moscow time). The arrival of the flight with the ex-president to the capital of Ukraine is expected at 9:05 local time (10:05 Moscow time), follows from the data of the Kiev airport. Together with politician fly several members of the European Solidarity, UNIAN reports. The correspondent of the publication also said that  Poroshenko's supporters began to mount the stage near the airport, the security of the building has been strengthened today. Poroshenko will arrive in Ukraine to participate in a court hearing at the petition of the country's Prosecutor General's Office for his arrest. The hearing will begin at the Pechersky District Court of Kyiv on January 17 at 11:00 am (12:00 Moscow time), two hours after the plane landed. The state prosecution intends to demand that the ex-president be taken into custody with the possibility of making bail in the amount of 1

END_OF_DOCUMENT_TOKEN_TO_BE_REPLACED 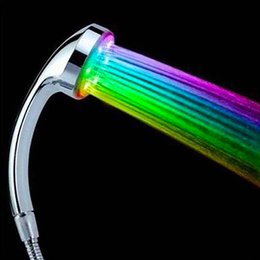 LED Shower head A cool thing that will please both adults and children. The nozzle is conveniently and simply attached to the shower hose. It has no wires and batteries, and therefore it is absolutely safe to use. Built-in LEDs of seven different colors start working immediately after turning on the water, creating an absolutely fabulous effect.  Go to the store >>>>>Click on the picture to find out more reviews are being written: I received the order. The child is delighted. Everything works as described. It shines brightly in the dark. LED shower Head to know the price of a stylish and convenient phone holder When watching movies, video conferences or streaming, you just can’t do without a smartphone stand. In the top of products on AliExpress, you can find a cool holder that has already been appreciated by thousands of buyers. This stand is suitable for most modern smartphones

END_OF_DOCUMENT_TOKEN_TO_BE_REPLACED 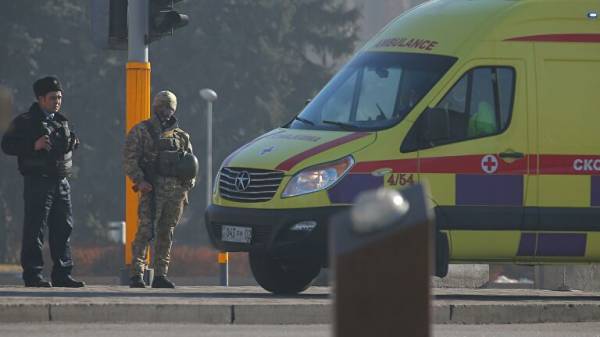 «Abish Samat Satybaldyuly was relieved of  the post of First Deputy Chairman of the National Security Committee of the Republic of Kazakhstan &mdash &mdash ; says in the text of the order posted on the site of the Kazakh leader.

END_OF_DOCUMENT_TOKEN_TO_BE_REPLACED 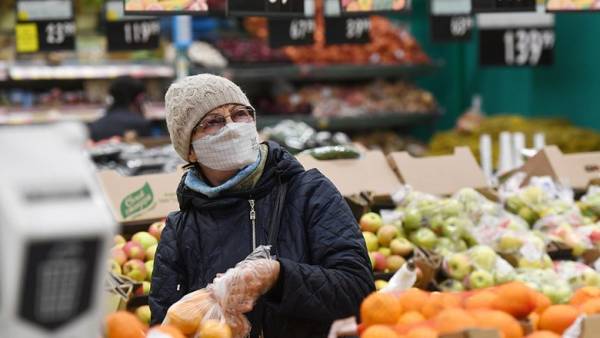 In Buryatia on Saturday, January 15, omicron was found in two people, and during the day doctors reported that they received two more cases. “Thus, today we have already four cases of confirmed mutated strain of omicron. Among the four are three adults and one 15-year-old teenager. All residents of the republic,” said Elena Kuzmina, Deputy Chief sanitary Doctor of the republic. It is noted that the patients did not travel outside the region. All of them have been vaccinated and carry the disease in a mild form. In the Chelyabinsk region, a pregnant woman became infected with omicron. Also, the first cases of omicron infection were recorded in Khakassia. It is reported that the patients are on outpatient treatment. Earlier it became known that the first five cases of infection with the omicron strain of coronavirus were detected in Krasnoyarsk. On January 14, Deputy Prime Minister Tatyana Golikova said that