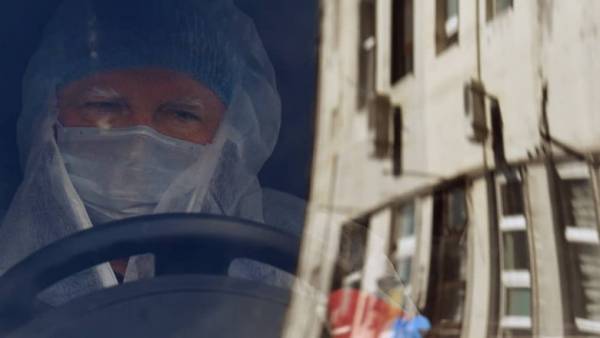 In Russia, 698 cases of infection with the omicron strain were officially confirmed on Thursday. In Rospotrebnadzor, Kommersant reported that so far the main distribution centers have been identified in the Moscow region. At the same time, given the situation in European countries and the United States, where in just a few weeks omicron supplanted delta and led to a multiple increase in morbidity rates, Rospotrebnadzor does not exclude an “unfavorable variant of the epidemiological forecast”, in which the number of infections per day may increase to six figures.

So far, isolated cases of omicron are detected daily in the regions of Russia.

InThe Irkutsk region strain was confirmed in two children from different families. Children, the local Ministry of Health said, are ill in a mild form, adults who have contacted them are examined. InIn the Astrakhan region, infection with the omicron strain has also been confirmed in two families (one of the cases is a 14-year-old teenager). The case of Omicron was registered inIn the Voronezh region, a student who arrived at the end of December from Burundi. InBashkiria identified three carriers of the strain “omicron”. All cases are imported: residents of the republic came from Tanzania to Ufa airport, and a resident of the Orenburg region arrived with her grandchildren from Turkey.

In Four cases of infection with omicron have been recorded in the Rostov region. The first and second were imported: a student from the Congo and a tourist who arrived from South Africa. The other two are from a six-month-old baby and a woman who have not traveled recently and have not had contact with those who have returned from abroad.

As explained to Kommersant in Rospotrebnadzor, it is necessary to differentiate omicron from delta in order to control the development of the epidemiological process and assess the likelihood of complication of the situation and predict the burden on medical organizations.

At the same time, there is “no need” to sequence or test with new test systems the biological samples of all patients, the supervisory service stressed, it is enough to analyze “some part of the population” – up to 5-10% of cases in the region.

In Buryatia, omicron has not yet been identified among the tested samples, but residents are expected to return from vacations in the region. By order of the head of the region, the entrance “filter” has been strengthened at enterprises and organizations, trade and services facilities: QR codes are checked more strictly. The disinfection regime has also been strengthened. Citizens arriving from abroad are required to undergo 14-day self-isolation, they will be tested twice. In addition, the head of the regional Ministry of Emergency Situations urged residents of the republic to anonymously report to 112 information about those who will violate the self-isolation regime.

InTatarstan has not yet detected the omicron strain, however, according to the Deputy Prime Minister of the republic Leyla Fazleeva, they are waiting for an almost fourfold increase in the incidence against the background of its spread in the country (on January 13, the local operstab reported 107 new cases).

Minister of HealthSaratov regionOleg Kostin noted that the arrival of the omicron strain in the region is expected in late January – early February: “The new strain is spreading 70 times faster. The number of cases will be five to six times more than at the peak of the spread of the delta strain.” In the near future, Saratov officials plan to publish a list of drugs that are recommended to have at home for the treatment of the omicron strain.

Chairman of the Health Committee Volgograd region Anatoly Sebelev at a meeting of the regional clinical council said that after the first case of the new strain is detected in the region, an “explosive” nature of the spread of infection is expected within two to three weeks. According to him, the average daily number of cases may grow to 1.5-2 thousand people (as of January 13, 172 new cases were identified). With such a number of cases, it is predicted that up to 350-400 people will be in intensive care at the same time. At the same time, in the region, Mr. Sebelev emphasizes, it is impossible to “endlessly deploy infectious beds” without the risk of deterioration of care for other patients, there is a limit of 8 thousand beds. Now 2,156 beds are deployed in the region, the free fund is 26.4%.

Prepares the healthcare system for possible changes in the epidemic situation and the Ministry of Health Perm Region. Today, 2,343 beds have been deployed in medical institutions of the Kama region to help patients with coronavirus. However, the department is already developing a plan that, with an increase in morbidity, assumes a gradual increase in the bed stock to 7.5 thousand beds. This, the ministry stressed, is a record number for the region for the entire time of the pandemic.