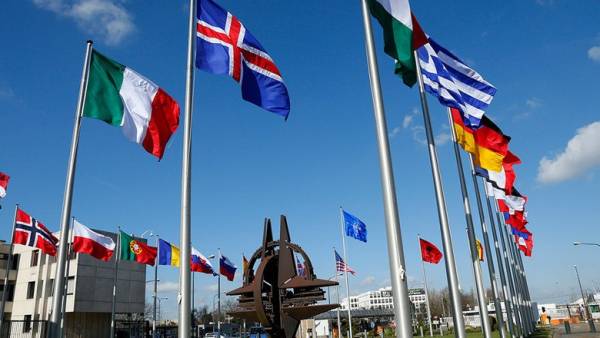 The Baltic countries are negotiating & nbsp; increasing the number of NATO contingents on their territory in & nbsp; ties with Russia & nbsp; … According to Reuters, Estonian Prime Minister Kaya Kallas said this.

In an & nbsp; interview with the French newspaper Le & nbsp; Figaro on January 10 & nbsp; Callas also talked about & nbsp; the Baltic countries are seeking from & nbsp; NATO and & nbsp; specifically the United States to increase their military presence. “ In & nbsp; 2014, after the Russian aggression against Ukraine, the allies decided to place an international contingent in our country. Since & nbsp; since & nbsp; Estonia is a battalion, made up of & nbsp; English, French and & nbsp; Danish servicemen, and & nbsp; in & nbsp; Latvia & nbsp; & mdash; another, under Canadian command. Our goal & nbsp; & mdash; to strengthen this contingent, and & nbsp; recent events on the & nbsp; border of Ukraine, of course & nbsp; but & nbsp; can & nbsp; force us to redouble efforts in & nbsp; this plan & raquo;, & nbsp; & mdash; she explained. In Callas' words, 'the most powerful deterrent' could & nbsp; be the appearance of US troops in the & nbsp; Baltics.

The possibility of increasing the military presence in the & nbsp; countries of NATO's eastern flank was not ruled out by the Alliance Secretary General Jens Stoltenberg. “ If Russia once again uses force against Ukraine and & nbsp; continues & ldquo; invasion & rdquo; to & nbsp; Ukraine, then & nbsp; we & nbsp; should seriously consider the need to further increase our presence in the & nbsp; eastern part of the alliance & raquo;, & nbsp; & mdash; quoted his statement in & nbsp; Brussels Reuters.

An agency source among NATO diplomats confirmed to Reuters that & nbsp; the question of & nbsp; additional deployments of forces in the & nbsp; Baltic countries could be discussed by NATO defense ministers at & nbsp; scheduled meeting in & nbsp; mid-February.

In & nbsp; 2016, NATO members agreed on the & nbsp; deployment of four multinational combined battalions in & nbsp; Estonia, Lithuania, Latvia and & nbsp; Poland. In addition, NATO fighters are present on a rotational basis in the & nbsp; Baltic countries, which protect the airspace in this region. The air forces of NATO countries have been protecting the airspace of Estonia, Latvia and & nbsp; Lithuania since & nbsp; 2004. They are deployed at & nbsp; three military airfields, & nbsp; one in & nbsp; each state.