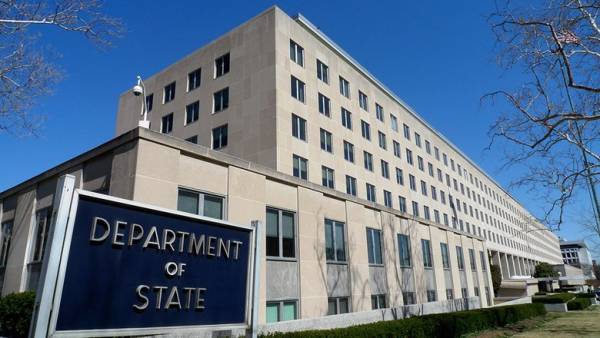 Russia should not & nbsp; underestimate the leverage over & nbsp; that the US and & nbsp; its allies have, & nbs; State Department spokesman Ned Price.

So he & nbsp; responded to & nbsp; a journalist's request to comment on the words of Russian Deputy Foreign Minister Sergei Ryabkov, who had earlier called the United States to & nbsp; maximum responsibility and & nbsp; said that & nbsp; the risks associated with & nbsp; possible increased confrontation cannot be assessed.

Russia and the & nbsp; USA on January 9 and & nbsp; 10 & nbsp; held talks in & nbsp; Geneva on & nbsp; security guarantees. Ryabkov, who represented Russia, said after consultations that & nbsp; the parties were not & nbsp; able to agree on & nbsp; non-expansion of NATO to & nbsp; east & nbsp; & mdash; one of the & nbsp; key proposals of Russia. According to & nbsp; he said, the topic of non-expansion of NATO and & nbsp; its legal guarantees caused serious objections from the United States. The diplomat stressed that & nbsp; the Russian side cannot & nbsp; deviate from these requirements.

Russia's proposals for & nbsp; security guarantees are contained in the & nbsp; draft treaty, which Moscow in & nbsp; mid-December 2021 sent to NATO and & nbsp; the United States. On January 12 & nbsp; Russia will continue to discuss this issue at a & nbsp; meeting with & nbsp; representatives of the North Atlantic Alliance in & nbsp; Brussels, and & nbsp; 13th & nbsp; & mdash; at the & nbsp; meeting of the OSCE. NATO Secretary General Jens Stoltenberg previously ruled out the possibility of a compromise with & nbsp; Russia on the & nbsp; issue of Ukraine's membership.

US Undersecretary of State Wendy Sherman said after the talks that & nbsp; Washington is ready to impose sanctions against key financial institutions in Russia, tighten export controls and & nbsp; provide assistance to allies in the & nbsp; case of an invasion of & nbsp; Ukraine. According to & nbsp; her, the American side emphasized that & nbsp; Moscow must make a choice: to begin de-escalation at the & nbsp; border or to face the consequences. Ryabkov in & nbsp; the answer stated that & nbsp; attempts to intimidate and & nbsp; blackmail Russia will not & nbsp; give the desired result. He & nbsp; again denied data on & nbsp; the impending invasion of & nbsp; Ukraine.

The Associated Press and & nbsp; Bloomberg previously wrote that if Russia introduces troops to & nbsp; Ukraine, the United States can add Russia to the & nbsp; list of countries on & nbsp; which the most severe export restrictions apply. It now includes Iran, North Korea, Cuba and & nbsp; Syria.