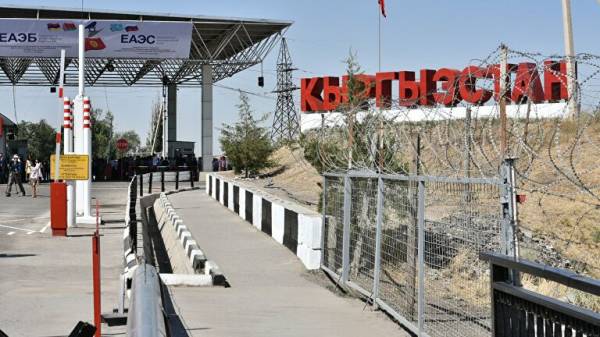 Earlier it was reported about the & nbsp; closure of two more checkpoints.

As the representative of the border department added, transit passage of citizens of Kyrgyzstan and & nbsp; third countries through & nbsp; the territory of Kazakhstan to & nbsp; destination country is temporarily prohibited.

Mass protests in & nbsp; Kazakhstan began in the & nbsp; early days of 2022. Then residents of the cities of Zhanaozen and & nbsp; Aktau in the & nbsp; west of the country opposed a two-fold increase in prices for & nbsp; liquefied gas, then the protests spread to & nbsp; other cities. In & nbsp; Alma-Ata on January 4 and & nbsp; 5 & nbsp; there were clashes with & nbsp; security forces, the police used gas and & nbsp; stun grenades. Throughout Kazakhstan, the Internet was turned off, and the broadcasting of a number of TV channels was temporarily stopped. Until & nbsp; 19 & nbsp; January, & nbsp; the entire territory of Kazakhstan introduced a state of emergency.

On the morning of January 5 & nbsp; President Kassym-Zhomart Tokayev dismissed the government and & nbsp; headed the Security Council of the republic, at the first meeting of which he named the situation in & nbsp; Kazakhstan “ undermining the integrity of the state '' and & nbsp; said that & nbsp; asked for help from the & nbsp; CSTO & nbsp; in & nbsp; overcoming the terrorist threat. The CSTO Collective Security Council decided to send collective peacekeeping forces to & nbsp; Kazakhstan in & nbsp; in connection with & nbsp; Tokayev's appeal. The forces will be directed for a & nbsp; limited period with the & nbsp; aim of stabilizing and & nbsp; normalizing the situation in the & nbsp; country.