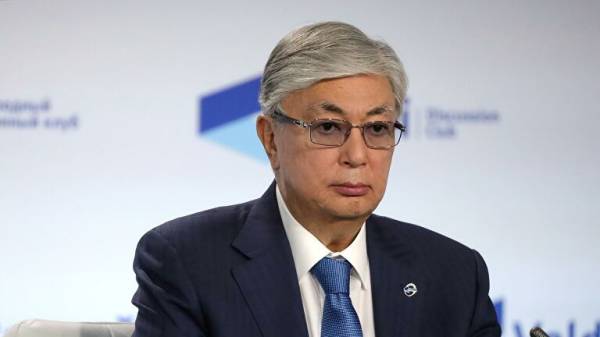 MOSCOW, 6 Jan & nbsp; & mdash; RIA News. President of Kazakhstan Kassym-Zhomart Tokayev has appointed Aset Irgaliev, who headed the Ministry of National Economy, to the post of head of the agency for & nbsp; strategic planning and & nbsp; reforms, according to the & nbsp; decree published on & nbsp; Thursday on the & nbsp; website of the head of state.

'To appoint Asset Armanovich Irgaliev as the chairman of the agency for & nbsp; strategic planning and & nbsp; reforms of the Republic of Kazakhstan', & nbsp; & mdash; noted in the & nbsp; decree.

The manager of the international financial center “ Astana '' is dismissed from & nbsp; Kelimbetov Kairat Nematovich.

Mass protests in & nbsp; Kazakhstan began in the & nbsp; first days of 2022. Then the inhabitants of the cities of Zhanaozen and & nbsp; Aktau in & nbsp; Mangystau region & nbsp; & mdash; oil-producing region in the & nbsp; west of the country & nbsp; & mdash; opposed a two-fold increase in prices for & nbsp; liquefied petroleum gas, then the protests spread to & nbsp; other cities. In & nbsp; Alma-Ata, the old capital of the republic, on January 4 and & nbsp; 5 & nbsp; there were clashes with & nbsp; security forces, the police used gas and & nbsp; stun grenades. All over Kazakhstan, the Internet was turned off, and the broadcasting of a number of TV channels was temporarily stopped.