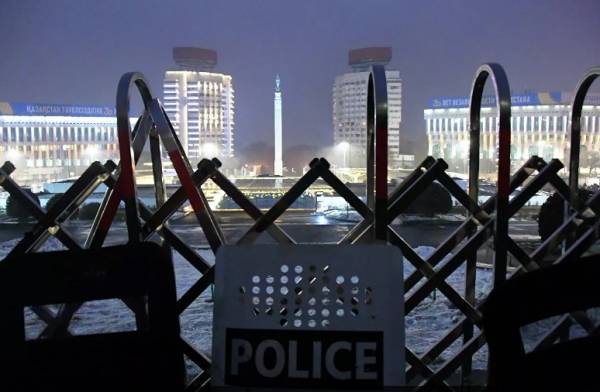 ALMA-ATA, January 5 – RIA Novosti. In Kazakhstan, the airports of Alma-Ata and Aktau (the capital of the Mangystau region) suspended work amid mass riots in the country, the Mir 24 TV channel reported in the Telegram channel.

It is known that Aeroflot and Belavia canceled their evening flights from Moscow and Minsk to Alma-Ata.

As announced in the Ministry of Transport of Belarus, the republic’s airlines will fly to Kazakhstan only with the permission of the department, depending on the prevailing situation.

Protest actions in Kazakhstan began in the first days of the new year. Residents of the cities of Zhanaozen and Aktau, which are located in the oil-producing Mangystau region, went to rallies protesting against the twofold increase in prices for liquefied petroleum gas, which is used as fuel for cars. The Republican Ministry of Energy explained that from January 1, its value began to be formed on electronic exchange trading based on supply and demand.

President Kassym-Jomart Tokayev instructed to create a commission to study the situation. On the fourth of January, the authorities announced that they were ready to fulfill the main demand of the protesters — to reduce gas prices. Despite this, the protests spread to other cities.

The work of the Internet and messengers has been restricted in the republic. The President has introduced a state of emergency in Alma-Ata, Almaty and Mangistau regions. A curfew was imposed there, mass events were banned and movement was restricted.

On the morning of January 5, Tokayev dismissed the government and instructed to introduce state regulation of prices for liquefied gas and gasoline for six months. He also announced that he had assumed the post of head of the Security Council and announced new measures to resolve the situation.