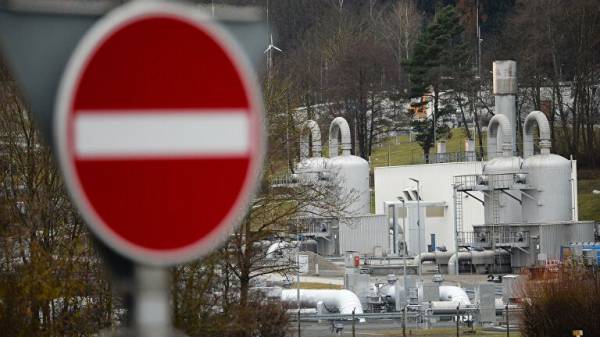 The author of the article noted that & nbsp; Russian leader and & nbsp; Chinese President Xi & nbsp; Jinping are close to & nbsp; .

According to him, possible deliveries on it are equivalent to those volumes of fuel that were planned to be sent to European countries via Nord Stream 2.

“ The agreement will double exports to & nbsp; China, annually they will transport up to & nbsp; fifty billion cubic meters of natural gas via & nbsp; new large gas pipeline & ldquo; Power of Siberia 2 & rdquo ;. This is happening at & nbsp; the & nbsp; time when the rest of Europe is experiencing a serious energy crisis, & nbsp; & mdash; drew Ashkenazi's attention.

The publicist clarified that Russia is ready to supply more gas to Europe, but the certification of Nord Stream 2 has been suspended.

& laquo; Nord Stream & nbsp; & mdash; 2 '' laid from & nbsp; Russia to & nbsp; Germany along the & nbsp; bottom of the Baltic Sea. It was completed in & nbsp; September, and & nbsp; 29 & nbsp; December, the head of Gazprom Alexey Miller said that & nbsp; the pipeline is completely ready for & nbsp; commissioning.

However, the & nbsp; launch requires the German Federal Network Agency to complete the certification of the company & nbsp; & mdash; pipeline operator. It was & nbsp; suspended in & nbsp; November, as the regulator considered that & nbsp; Nord Sream 2 AG & nbsp; should create a German 'daughter' and & nbsp; submit a new application for & nbsp; certification & nbsp; already from & nbsp; her face. After the Federal Network Agency makes a decision, the European Commission will express its opinion.

According to Russian Deputy Prime Minister Alexander Novak, certification should be completed in & nbsp; during the first half of 2022.

President Vladimir Putin noted that & nbsp; from the & nbsp; side of Europe it is unreasonable to prevent the launch of Nord Stream & nbsp; & mdash; 2 '', since the appearance of additional gas volumes would lower the & nbsp; price of fuel. He & nbsp; added that & nbsp; European countries themselves contributed to the increase in fuel costs by running Russian gas in & nbsp; reverse.

In & nbsp; mid-December, Vladimir Putin said that & nbsp; a feasibility study on & nbsp; a gas pipeline project from & nbsp; Russia to & nbsp ; China via & nbsp; Mongolia will be ready & nbsp; already in & nbsp; the coming weeks. The head of state noted that & nbsp; he & nbsp; may become a continuation of the Russian Power of Siberia 2 pipeline.