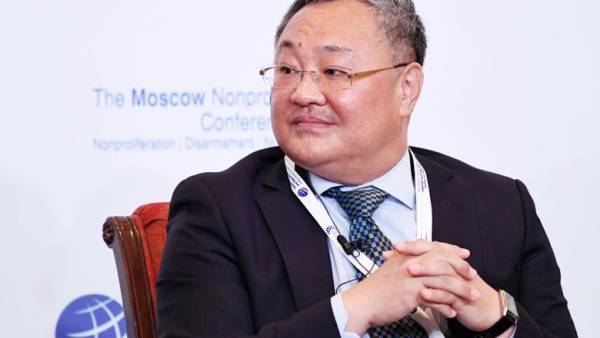 According to & nbsp; Beijing is firmly convinced of the & nbsp; need to prevent the further proliferation of nuclear weapons. “ We & nbsp; affirm that & nbsp; in & nbsp; nuclear wars cannot be defeated and & nbsp; they & nbsp; cannot be fought & nbsp; & nbsp; & mdash; said the spokesman for the Chinese Foreign Ministry.

China has always adhered to a policy of non-use of nuclear weapons first, our nuclear potential is maintained at the lowest level necessary for national security. Fu Cong

On & nbsp; on Monday, the leaders of the five nuclear powers and & nbsp; permanent members of the UN Security Council & nbsp ; & mdash; Russia, UK, China, USA and & nbsp; France & nbsp; & mdash; adopted a joint statement. They emphasized that & nbsp; consider it their primary responsibility to “ prevent war between nuclear-weapon states and & nbsp; reduce strategic risks. '' Leaders are confident that & nbsp; there can be no winners in a nuclear war and & nbsp; it should never be unleashed. They spoke out against the further proliferation of nuclear weapons and & nbsp; declared their desire & nbsp; to work with & nbsp; all states to & nbsp; create an atmosphere of security.