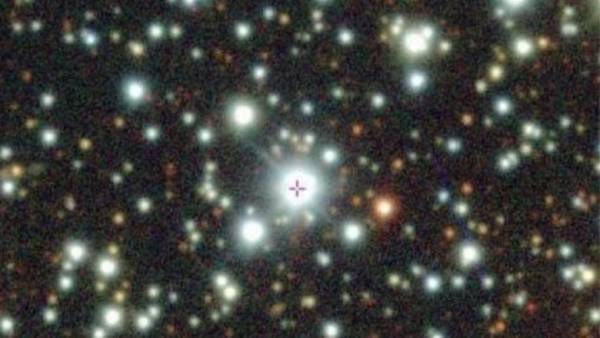 The TESS satellite, which is searching for planets outside the Solar System, has discovered an unknown dusty object orbiting a star.

The source of radiation, periodically losing brightness due to strange dust, scientists noticed by chance. It was named TIC400799224, according to the Harvard-Smithsonian Center for Astrophysics.

The brightness drop of TIC400799224 by almost 25% occurred very quickly — within just four hours. After observing, scientists soon noticed several more sharp changes in brightness, each of which could be interpreted as a kind of eclipse.

Astronomers have concluded that TIC400799224 is probably a binary star system in which one of the stars pulsates with a period of 19.77 days. But the nature of the orbiting object, which emits clouds of dust obscuring the binary star, is puzzling to researchers.

Usually, dust clouds are released by a decaying planet or a smaller object, for example, an asteroid. But the volumes of the dusty object in orbit of TIC400799224 are very large. If dust were released as a result of the decay of an object such as, for example, the asteroid Ceres in the Solar System, it would not last long — only about eight thousand years. But the light from TIC400799224 goes to Earth much longer.

The team plans to continue monitoring the object to find out its nature. Scientists hope that archival research will help them, which may have recorded changes in brightness in this area of space for decades.