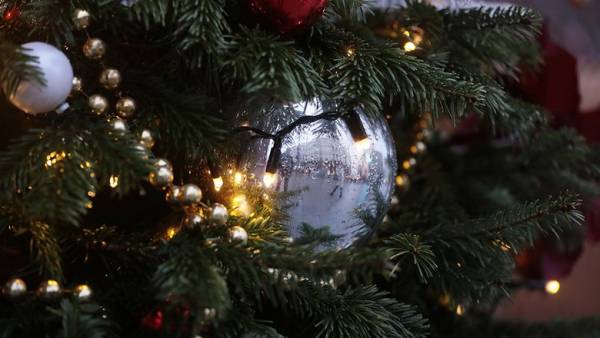 Since the beginning of the year, Russians are waiting for an increase in the subsistence minimum and the minimum wage, as well as new rules for registration and accrual of pensions – now a significant part of the processes associated with their registration and recalculation will be carried out in an undeclared manner. For most drivers, the requirement for mandatory technical inspection for registration of CTP will be canceled, but excise taxes will increase from the beginning of January— including on fuel, cars, alcohol and cigarettes. about these and other innovations of the beginning of the year – in the traditional review of Izvestia.

Increase in the subsistence minimum and minimum wage

The minimum wage will also be increased — in 2022, the federal minimum wage is set at 13,890 rubles (now it is 12.7 thousand rubles), the corresponding document was signed by Vladimir Putin in early December.

Thus, both indicators will be indexed not by 2.5%, as previously planned, but by 8.6% at once — this decision was made after Vladimir Putin instructed to ensure that the growth of important social values outstrips inflation.

Recall that the amount of benefits and social benefits depends on the established amount of the subsistence minimum. And the federal minimum wage determines the amount of insurance premiums for small and medium-sized businesses, as well as the calculation of sick leave payments.

New rules for registration of pensions

In addition, the rules for registration and accrual of pensions will change immediately after the New Year.

From January 1, 2022, the recalculation of pensions for non-working pensioners to receive social surcharges will be made automatically — you will not need to submit an application for this.

When applying for a pension, the personal presence of the applicant in The Pension Fund of the Russian Federation will also not be required: all the necessary documents will already be at the disposal of the FIU. You can apply on the website of public services. In the same place, on the website, men over 45 and women over 40 will have access to information about the status of the pension account, the estimated amount of pension and accumulated points.

Surcharges to the insurance pension for those whose work experience is 30 or more years, old age or disability will also be calculated automatically, as well as pension payments to people with disabilities when they reach retirement age.

Pensions and social surcharges will be automatically accrued to unemployed citizens two years before retirement if they are unable to find a job.

In addition, additional allowances will also begin to operate — for example, residents of rural areas will be able to receive a 25% surcharge from 2022. However, it will affect only those who have lived in the village for at least 30 years.

Already at the beginning of the year, the country should cancel the mandatory inspection for registration of a CTP policy for those who drive new cars and use them for personal purposes.

Recall that this measure was discussed in Russia during the last year. The Federation Council adopted the document at the end of December. It is expected that it should come into force on January 1.

From this moment on, only owners of vehicles older than four years that are planned to be registered or to register a change of ownership (for example, when selling) will have to pass and receive a diagnostic card.

In addition, they will be sent for inspection if certain changes are made to the design of the car.

Technical inspection will remain mandatory for vehicles intended for passenger or cargo transportation — in particular, for buses, trucks and taxi cars.

Paper sick leave will become a thing of the past

They will refuse to Russia from 2022 and from paper sick leave. Now it will be possible to receive them only in electronic form.

This was previously reported in the Federal Social Insurance Service.

– It is not required to receive a printout of the ELN, coupons from a medical organization and other types of paper media for personnel and accounting services from employees— – the agency’s website says.

The document with the electronic signature of the doctor will immediately be sent to the FSS. Employers, for their part, will have to accept and pay for such electronic documents.

The innovation will affect all employed Russians, with the exception of those who are under state protection, or employees whose information is a state secret.

At the same time, excise taxes have traditionally risen in price since the beginning of the year.

This will affect alcoholic beverages. Excise taxes will rise, including on ethyl alcohol and alcohol-containing products, grapes used for the production of wines, wine materials, grape and fruit wort, cider, poire, mead, sparkling wines (champagne), beer with a volume fraction of ethyl alcohol over 0.5%.

This, in turn, means an increase in prices for alcoholic beverages in retail.

Motorists should expect an increase in excise taxes on passenger cars with an engine capacity of more than 90 hp, motorcycles, gasoline, diesel fuel and oils.

New GOST standards for alcohol and the law on champagne wines

In addition, since the beginning of the year, new GOST standards developed by Rosstandart for alcoholic beverages — both for strong drinks and low-alcohol ones – will come into force.

In order to comply with the new rules, manufacturers must make appropriate changes on the counter labels of bottles. They will not be able to sell drinks with old-style counter labels by law.

However, as it became known in mid-December, manufacturers do not have time to print new labels on time for all drinks, so immediately after the holidays we can talk about reducing the number of alcoholic beverages on store shelves.

Additional difficulties await suppliers of foreign sparkling wines. Recall, according to the law adopted this summer, champagne in Russia can only be considered the products of domestic winemakers. The rest of the drinks, including those produced in Champagne, can only be sold as sparkling wine.

To do this, it is necessary to issue new declarations and change labels. Earlier, at the request of importers and manufacturers, the Russian government imposed a moratorium on inspections, but its validity will expire on December 31. As a result, about 40 million bottles worth 15 billion rubles may turn out to be counterfeit, the Russian Association of Retailers said. They ask Prime Minister Mikhail Mishustin to extend the moratorium until the end of 2022.

Also in January, the next stage of the tourist cashback program will start, within which you can return part of the funds spent on traveling in Russia.

This time, the tourist cashback will be valid from January 18 to April 12 — at this time it is necessary to make a reservation, and you can make a trip until April 30 inclusive.

As part of the program, you can return 20% of the cost of the trip, but not more than 20 thousand rubles, provided that the vouchers are paid with the Mir card.