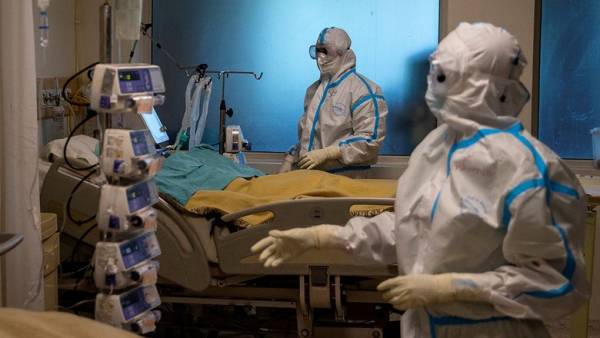 “Indeed, it was a difficult year, indeed, in terms of a pandemic, probably, the beginning of the year also does not promise us anything rosy. It is clear that some number of the next waves are waiting for us ahead,” Peskov said in an interview with the Moscow program. Kremlin. Putin” (quoted by TASS).

But there were positive moments in the outgoing year, for example, in the economy, according to the Kremlin. According to Peskov, Russia has already “climbed out of the covid pit.” He recalled the President’s words that it was time for the authorities to gradually move from crisis management to systematic work to ensure an economic breakthrough.

There is an increase in the real disposable incomes of Russians, although it is “modest and insufficient,” Peskov concluded.

On December 24, Vladimir Putin called for increased attention to measures against the spread of coronavirus during the holidays at the beginning of next year. The number of daily infections and deaths due to infections is too high, the head of state noted during a meeting with members of the government.

“The epidemic has not receded yet. Unfortunately, the number of daily infections and losses is too high. Therefore, I ask you to continue to keep issues of health care support, the whole range of anti-epidemic measures under special control, and pay increased attention to them during the holidays,” Putin said on the Rossiya 24 TV channel.