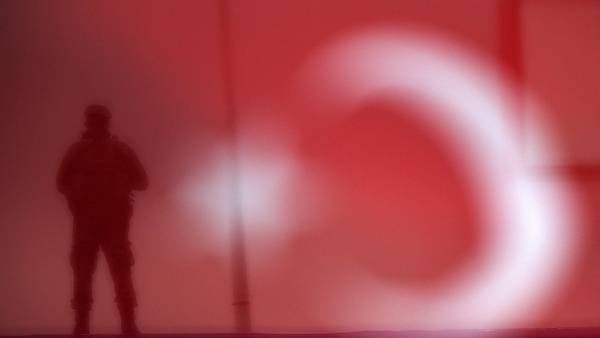 Turkish Foreign Minister Mevlut Cavusoglu in an & nbsp; interview with RIA Novosti stated that & nbsp; the assassination of the Russian ambassador to Ankara, Andrei Karlov, revealed the centers of power that want to undermine relations between the countries.

The terrorist attack on Ambassador Karlov revealed the existence of many centers of power that want to undermine Turkish-Russian cooperation. Therefore, we & nbsp; believe that & nbsp; joint efforts to & nbsp; improve our relations are a tribute to the memory of Mr. Karlov and & nbsp; his contribution to & nbsp; them & nbsp; & mdash; said & nbsp; he.

Cavusoglu noted that & nbsp; in & nbsp; over the five years that have passed since the assassination of the ambassador, relations between Russia and & nbsp; Turkey have been dynamically developing in & nbsp; different directions. & nbsp; Our high-level contacts continue intensively and & nbsp; we have a strong shared will to & nbsp; develop relationships. They are progressively developing in & nbsp; trade, energy, tourism, culture and & nbsp; other areas & raquo;, & nbsp; & mdash; noticed the minister.

Russian Ambassador to & nbsp; Turkey Andrey Karlov was killed on 19 & nbsp; December 2016. He was shot when he was giving a speech at the & nbsp; opening ceremony of the photo exhibition Russia Through the Eyes of a Traveler: from & nbsp; Kaliningrad to Kamchatka; at & nbsp; Center for Contemporary Art in & nbsp; Ankara. The attacker fired three shots at the & nbsp; ambassador. The & nbsp; Ministry of Internal Affairs of Turkey reported that the attacker was a former Turkish policeman Mevlut Altintash. He was shot dead at the & nbsp; scene.

The Russian authorities qualified the incident as a terrorist attack.

Foreign Ministry spokeswoman Maria Zakharova said that those responsible for the attack would be punished. The Investigative Committee opened a criminal case under & nbsp; Art. 360 of the Criminal Code (an attack on & nbsp; a representative of a foreign state enjoying state protection) and & nbsp; qualified the murder of an ambassador as an act of international terrorism.

According to & nbsp; Russian Foreign Minister Sergei Lavrov, the organizers of the murder wanted to “ undermine '' normalization of relations between Moscow and & nbsp; Ankara so as not to & nbsp; allow an effective fight against & nbsp; terrorism in & nbsp; Syria. About & nbsp; that & nbsp; the murder was an attempt to “ drive a wedge '' between the two countries, also said the press secretary of the Russian President Dmitry Peskov.

According to the information of the Turkish Ministry of Internal Affairs, the murder of Karlov was planned. The country's authorities believe that & nbsp; behind & nbsp; are followers of the opposition preacher Fethullah Gulen, whom Ankara accused of organizing a coup attempt in & nbsp; 2016.