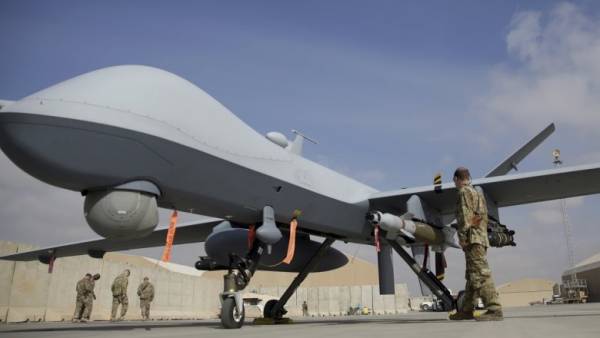 The & nbsp; NYT received more than 1.3 thousand internal Pentagon documents. They are published on the & nbsp; website of the publication. In addition, journalists traveled to more than & nbsp; 100 places where people were injured.

According to official information, during the campaign against IS, 1,400 civilians have died since 2014 in Syria and Iraq and about 200 more since 2018 years in Afghanistan.

According to the & nbsp; NYT, & nbsp; 1.3 thousand official reports revealed only one “ possible violation ''.

The NYT claims that & nbsp; The Pentagon did not & nbsp; conducted full investigations of incidents and & nbsp; did & nbsp; took steps to & nbsp; prevent errors in the & nbsp; future. According to the & nbsp; & nbsp; opinion of the newspaper's journalists, the victims were & nbsp; erroneous assessments of the situation on the & nbsp; ground.

So, aerial footage during the preparation of the air strike often did not allow to fully establish whether there were civilians in the area of ​​the strike.

With & nbsp; there is not & nbsp; a single case of military disciplinary responsibility. It was recommended to conduct full investigations in & nbsp; 12% of the total number of air strikes where civilians could have died.

Earlier in & nbsp; December, NYT reported & nbsp; the death of civilians in Syria due to & nbsp; a secret US detachment. Former Pentagon and State Department adviser Larry Lewis said that the death toll was & nbsp; ten times higher than the death toll in & nbsp; similar operations in & nbsp; Afghanistan. In & nbsp; September, the newspaper also reported that the & nbsp; USA, during an & nbsp; air strike in & nbsp; Kabul, killed a humanitarian worker instead of a terrorist. Along with & nbsp; nine more people died, & nbsp; including seven children.