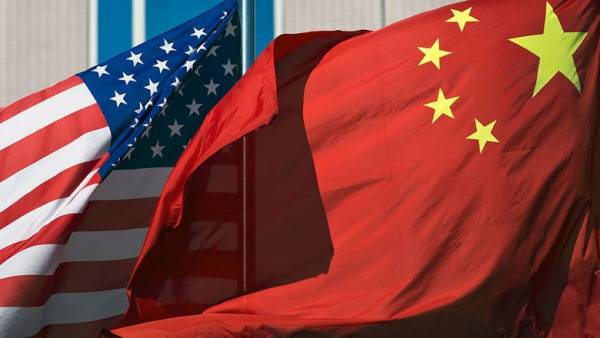 “ Such actions by Washington seriously violate the principles of a market economy and & nbsp; rules in & nbsp; the field of international trade and economic relations, undermine the interests of Chinese enterprises, & nbsp; & mdash; he said & nbsp; at a & nbsp; briefing. & mdash; & nbsp; China expresses sharp discontent and & nbsp; strong protest on this & nbsp; & lt; & hellip; & gt; We will & nbsp; take all necessary measures, we will firmly protect the legal rights of organizations and & nbsp; companies in the PRC.

According to Wang Wenbin, the United States “ must correct the mistake '' and & nbsp; “ stop abusing unilateral measures by using them & nbsp; under all sorts of pretexts. ''

On & nbsp; Thursday, the US Treasury Department imposed sanctions against eight Chinese technology companies, and & nbsp; Ministry of Commerce & nbsp; & mdash; export restrictions against about thirty organizations of the PRC, including the Academy of Military Medical Sciences and & nbsp; 11 of its & nbsp; research institutes. The actions of these structures, many of & nbsp; of which are related to & nbsp; biotechnology, according to & nbsp; version of Washington, “ contrary to the foreign policy or national security interests of the United States. '' The US Congress also passed a bill to & nbsp; restrict imports of goods from & nbsp; Xinjiang Uygur Autonomous Region (XUAR). The restrictions imposed by the Washington administration are related to & nbsp; attributed to Beijing's human rights violations in the & nbsp; XUAR and & nbsp; support that certain Chinese enterprises allegedly provided to the Chinese armed forces.