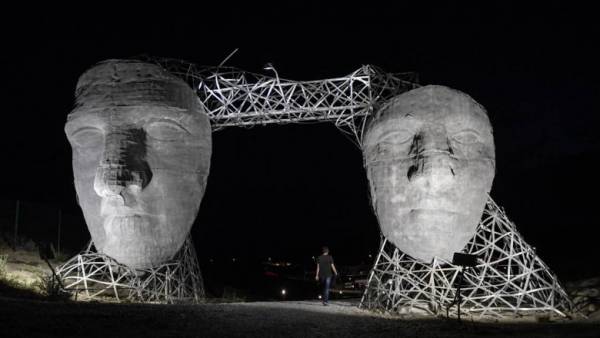 MOSCOW, December 16. /tass/. The week of “Taurida. ART” will open on Wednesday in Moscow with a concert of the Symphony orchestra and will end on December 23. These days there will also be a fashion show of residents of the art cluster, a show of its residents and the presentation of the “Legends of Taurida” award, the press service of the art cluster told TASS.

The “Week” of Taurida. ART” in Moscow will be held for the second time. The key theme of all events will be collaborations — creative and professional. The main actors of the project are residents of “Tavrida. ART”, young creators aged 18 to 35 years. They will make themselves known at significant venues in Moscow, as well as on the airwaves of popular TV and radio shows,” the press service reported.

On December 16, a concert of the symphony orchestra conducted by Yuri Bashmet and a fashion show of brands of residents of the art cluster will take place at the Domodedovo airport. They will also hold master classes on customizing clothes for guests. A show of residents of the art cluster at the Chekhov plant “Energomash” is scheduled for December 18. “The action of the show performance will fill the space of the plant by 360 degrees, changing it with the help of lighting design, and video projections will complement the plot moves of the numbers,” the organizers said.