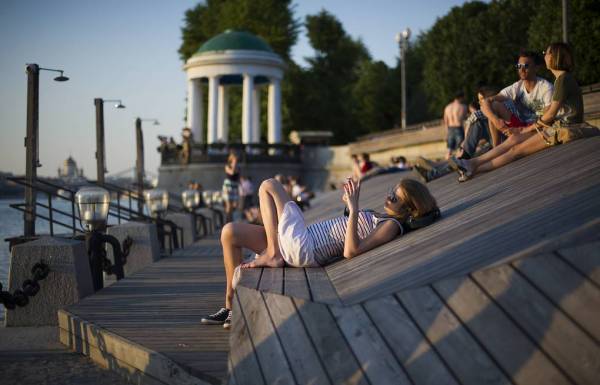 MOSCOW, July 16./ITAR – Environmentalists have announced in Moscow the highest – red – level of danger of heat and air pollution. The main criterion for establishing the hazard level is the average daily temperature, and it exceeds the norm by 5-6 degrees.

How the levels of environmental hazard are determined

Hazard levels of heat and air pollution for public health:

On Thursday, the air of the capital region will become cleaner – the north-westerly winds will push the polluted air mass to the east, clearing it from the impurities of the big city along the way.

But to a significant extent renovation of the air basin of Moscow residents of the city and adjacent environs will still be in conditions of increased pollution of the surface layer. 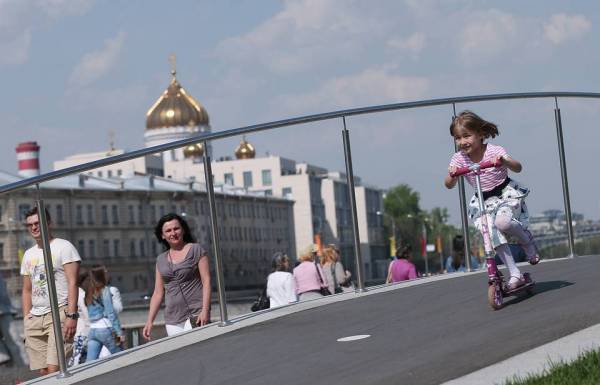 In the afternoon, the surface air is freed from many harmful substances, but at the peak of heat and solar irradiation, with a large amount of hydrocarbons in the urban atmosphere, secondary pollutants are actively formed.

Ozone is one of their most toxic representatives. Against the background of hyperthermia (overheating), exposure to ozone can significantly aggravate the deterioration of well-being.

“Due to the risk of negative impact on the health of the environment and given that the temperature and ozone maxima practically coincide in time, it is recommended between 15.00 until 18.00 to minimize outdoor exposure, “the Hydrometeorological Center noted.

Then a high sedentary anticyclone blocked the processes of air purification from harmful impurities.

Also, due to the heat at Moscow weekend fairs, the sale of meat, milk and fish was prohibited for several days.