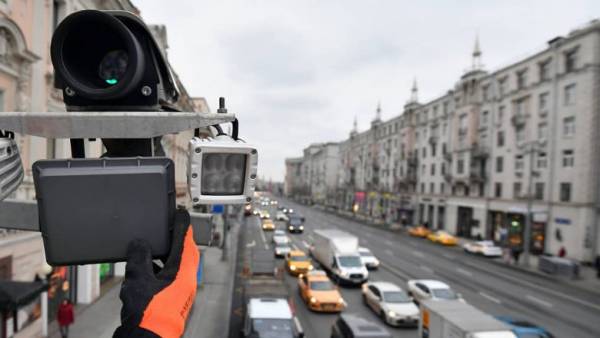 About & nbsp; revision of the standard with & nbsp; requirements for & nbsp; road cameras & laquo; Kommersant & raquo; told in & nbsp; Rosstandart. GOST is being developed by the Scientific Center for Road Safety (SC & nbsp; BDD) of the Ministry of Internal Affairs of Russia, according to the & nbsp; Agency for & nbsp; Metrology, the approval of the document is scheduled for & nbsp; the first quarter of 2022.

The Ministry of Internal Affairs of Russia, responding to a request from Kommersant, confirmed only that the work on the revision of the standard is “in progress”, it is “premature” to comment.

The current GOST R & nbsp; 57144 with & nbsp; requirements for & nbsp; road cameras came into effect & nbsp; 1 & nbsp; June 1, 2017. The & nbsp; document provides a classification of complexes, a list of recorded violations, the minimum and & nbsp; maximum measurement range, etc. The & nbsp; new standard (Kommersant was able to get acquainted with the & nbsp; project) introduces a number of new norms.

So, for the first time, the possibility of fixing in the & nbsp; automatic mode of such an offense as dangerous driving is provided. The corresponding term, we recall, was introduced by the SDA back in & nbsp; 2016. The Code of Administrative Offenses was planned to be supplemented with a fine for & nbsp; dangerous driving in & nbsp; 5 thousand rubles. & Mdash; the corresponding amendments passed the first reading in & nbsp; 2017, but & nbsp; further the matter did not & nbsp; went. In & nbsp; 2021, the sanction (already in & nbsp; 3 thousand rubles) for & nbsp; dangerous driving was included in the & nbsp; draft of the new Code of Administrative Offenses from the & nbsp; Ministry of Justice, but & nbsp; the timing of the adoption of the document is also unknown.

Many lawyers, as well as a number of State Duma deputies believe that the term “dangerous driving” is difficult to comprehend and needs to be corrected.

The draft GOST provides that & nbsp; prior to the adoption of appropriate adjustments, dangerous driving will not be & nbsp; recorded by cameras.

From the & nbsp; project, it can also be concluded that & nbsp; in & nbsp; perspective in & nbsp; Russia will again begin to punish drivers exceeding the average speed (recorded between two cameras on the & nbsp; section of the road). A similar practice, we recall, was applied for seven years and & nbsp; was discontinued in & nbsp; 2021, as & nbsp; told Kommersant about & nbsp; in & nbsp; September. Officially, the Ministry of Internal Affairs did not name the reason for the decision, but earlier the courts for & nbsp; complaints of citizens repeatedly recognized fines for the & nbsp; average speed illegal. The & nbsp; standard plans to clarify the conditions for issuing fines for & nbsp; such an offense.

In & nbsp; in particular, we are talking about & nbsp; the impossibility of bypassing the “ controlled area '' (to exclude the possibility of avoiding the & nbsp; fine if the driver exceeded the limit although & nbsp; would be under one of the & nbsp; cameras), the territorial jurisdiction of the fixation site (there were previously cases when the driver tried to appeal the fine, but & nbsp; because of the & nbsp; length of the site it was not & nbsp; in & nbsp; which court to apply), and & nbsp; also “ immutability '' high-speed mode on the & nbsp; controlled area.

The innovations will affect, we note, not & nbsp; only stationary cameras, but & nbsp; and & nbsp; “ special technical means of automatic photo-video fixation '' when & nbsp; them & nbsp; “ hover '' to the & nbsp; control zone. Today, human participation in the & nbsp; process of fixing a violation by the State Standard is not & nbsp; provided.

The amendment, apparently, will make it possible to legalize the imposition of fines using smartphones of citizens using the Moscow Assistant application (developed by the Moscow Department of Transport) to control violators of parking rules. what & nbsp; & laquo; Helper & raquo; is not a case of automatic detection of a violation, since a person with a & nbsp; smartphone decides which car to point the camera at. There are also & nbsp; decisions of the Supreme Court of the Russian Federation annulling such fines.

& nbsp; NTs & nbsp; BDD did a great job in & nbsp; preparing a draft of the new GOST, & nbsp; & mdash; comment on the document in & nbsp; Association OKO (unites camera manufacturers and & nbsp; operators of photo and video recording systems). & mdash; The document turned out to be balanced, taking into account modern realities, the level of technology development and & nbsp; the possibilities of modern means of photo and video recording. '' possible, but & nbsp; for & nbsp; this requires a complex system for collecting and & nbsp; analysis of violations from & nbsp; several complexes, and & nbsp; also the possibility of using records from & nbsp; mobile complexes (installed, for & nbsp; for example, in the & nbsp; salon or on the & nbsp; roof of the patrol car) and & nbsp; citizens.

The expert opposed the consolidation in GOST of the qualification of citizens' smartphones as automatic cameras.

“Any human participation in & nbsp; choosing an event for & nbsp; fixing it, in & nbsp; including through & nbsp; & ldquo; targeting”, entails the risk of abuse specific performer, which & nbsp; contradicts the very meaning of the concept & ldquo; automatic commit & rdq uo; & raquo;, & nbsp; & mdash; says Mr. Shukhman.