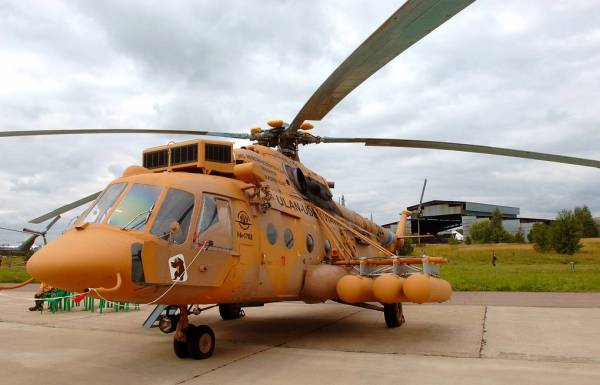 MOSCOW, July 14./ITAR- Deliveries of Russian Mi-171SH helicopters to Peru under an agreement for the purchase of 24 aircraft of this type will begin at the end of this year. This was announced to reporters by the head of the department of export of special equipment and services of the Air Force of Rosoboronexport Sergey Kornev in connection with the opening of the Farnborough-2014 air show in Great Britain.

He informed that in one form or another initial offers have been made to all potential buyers. “We continue to work to inform them about our proposals. In this context, among the promising regions, for example, is Latin America, where a large group of countries is actively developing, is interested in strengthening both the Air Force and the aviation industry and, which is very important, is friendly Russia “, – concluded the head of the department.