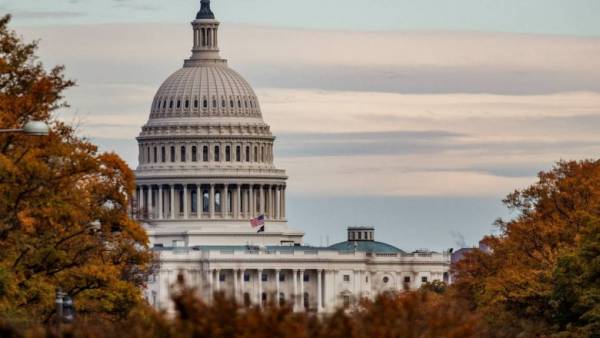 On the eve of the final version of the draft budget was published by the relevant committee of the House of Representatives. In & nbsp; the draft budget, in addition to the sanctions against Nord Stream 2 not & nbsp; did not include & nbsp; a provision on & nbsp; a ban for & nbsp; US citizens on & nbsp; transactions related to & nbsp; Russia's sovereign debt, and & nbsp; also sanctions against 35 Russians suspected of & nbsp; human rights violations.

December 7 & nbsp; Presidents Russia and & nbsp; USA Vladimir Putin and & nbsp; Joe Biden held a video conference. The key topic of discussion was the situation in & nbsp; Ukraine. Biden said that & nbsp; the movement of Russian troops near & nbsp; Ukrainian borders are “ menacing '' character. The American president warned of & nbsp; sanctions if it comes to an & nbsp; armed conflict.

Putin called NATO responsible for the & nbsp; situation. According to the & nbsp; Russian leader, it is the alliance that is “ making dangerous attempts to conquer Ukrainian territory and & nbsp; is building up its military potential at & nbsp; our borders. ''