The 19FortyFive edition named the most dangerous tanks produced in Russia 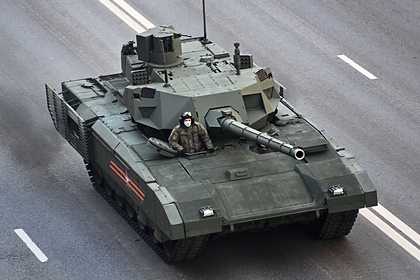 Russia inherited a large number of Soviet tanks, which were later supplemented with new developments. The best and most dangerous tanks that were produced in Russia were named by columnist Caleb Larson in the material for 19FortyFive.

An expert from the United States noted that Soviet tanks were easy to manufacture and operate. Compact dimensions became a distinctive feature of Soviet and Russian cars. The first line of the list was taken by the T-34 tank. The advantages of the vehicle include security and high mobility.

Larson also noted the family of post-war T-54 and T-55 tanks. These machines were distinguished by their simplicity of design, which led to a high modernization potential. In third place, the publication placed the T-90, which combined the advantages of the T-72 and T-80 tanks. Larson emphasized that the T-90 could compete with the American M1A2 Abrams tank.

The list is closed by promising developments. The author noted the T-95 tank, which received an uninhabited turret and a 152 mm cannon. Tank T-14 “Armata” was placed on the fifth line. The vehicle is distinguished by its high security, which is provided by the capsule for the crew, the reactive armor “Malachite” and the active defense complex “Afganit”.

Earlier, the British historian James Holland called the M4 Sherman the best tank of the Second World War. The publication noted that the German tanker Otto Karius considered the T-34 to be the most dangerous enemy.